January 2, 2011 By EGGO Comments are Off ART, PHOTOGRAPHY

In Shinchi Maruyama’s photographs, handfuls of water tossed into the air become flowerbeds or perfect cylinders. An amalgam of sculpture, performance, and photography, Mauyama’s work reveals how much beauty can occur in the blink of an eye.
Shinchi Maruyama was born in 1968 in Nagano, Japan. After graduating from Chiba University in 1991, majoring in film and photography, Maruyama began taking photos for his personal project “Into the Spiti Valley,” a documentary work about Tibetan culture in India. The exhibition opened in 2001 along with the publication of two books, Into the Spiti Valley and Spiti. Maruyama moved to New York in 2003 where he created his two latest series, “Nihonga” and “Kusho.”
N. P.: How does your work as a photographer relate to traditional Japanese painting and calligraphy?S.M.: The only art series of mine that has been inspired by Japanese traditional calligraphy is Kusho. As a young student, I often wrote Chinese character in sumi ink. I loved the nervous, precarious feeling of sitting before an empty white paper, the moment just before my brush touched the paper. Those childhood moments have undeniably influenced my work in that series, however, my respect for the Japanese ability to find the beauty in the imperfect (the essence of wabi-sabi) is the main source of inspiration that is found throughout all of my work.

N.P.: You describe the images in your photographs as water sculptures, how do you make these sculptures?

S.M.: By my hands and glasses of water… 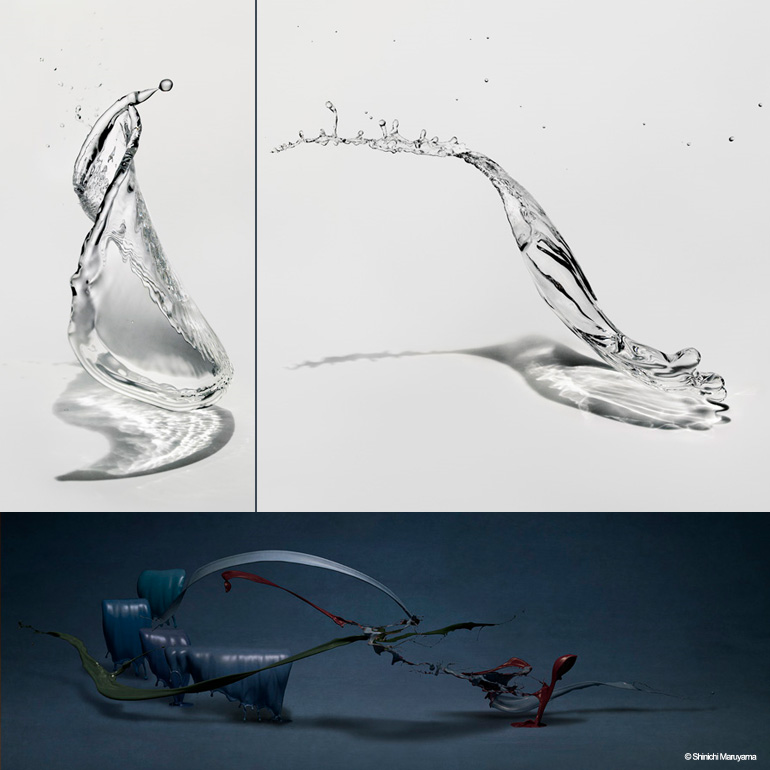