“Sergio Pininfarina, the man behind the designs for some of the most glamorous cars to hit the road in the past five decades, has died. He was 85. Pininfarina was an auto design genius whose stamp can beseen on a slew of iconic cars, including the 1984 Ferrari Testarossa, the 1996 Peugeot 406 Coupe, the 1986 Fiat 124 Spider, the 2002 Ferrari Enzo, the 2003 Maserati Quattroporte and the 2004 Ferrari Scaglietti.
He headed a family company founded in 1930 by his father, Gian Battista ‘Pinin’ Farina, a onetime Turin carriage maker, that had a knack since the 1950s for creating stunning production and concept cars. Pininfarina designed autos for Ferrari, the company most associated with the formidable design house, Alfa Romeo, Maserati, Rolls-Royce, Chevrolet, Cadillac, Bentley, Volvo and Peugeot.The ground-breaking 1947 Cisalfa coupe, designed by Gian Battista after World War Two, now sits in New York’s Museum of Modern Art. It was one of Sergio’s favourite models.
Gian Battista also initiated the Ferrari connection in 1952, but Sergio ended up managing most of their common projects and turned the business from craftsman level into a world renowned name.

Born in 1926, Sergio joined the family firm after graduating in mechanical engineering from Turin’s Polytechnic University, became chief executive in 1961 and then chairman when his father died in 1966.

In his half-a-century reign at Pininfarina, the company’s automobile production rose from 524 units per year to more than 50,000. Pininfarina was listed on the Italian Stock Exchange in 1986. Sergio Pininfarina stepped down to become honorary chairman in 2006, shortly before the financial crisis, which hit the car industry heavily….” 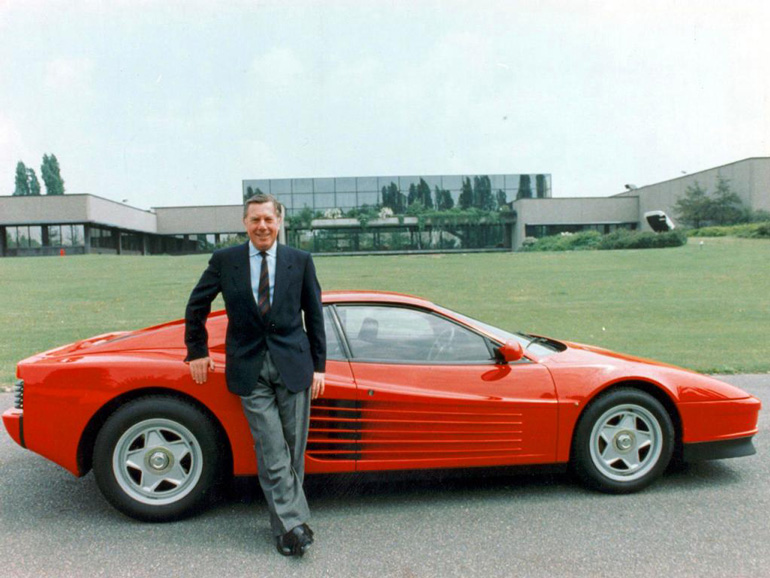