At the 2011 Shanghai Auto Show Mercedes-Benz unveil the Concept A-Class, a design study with a design inspired by wind and waves and a new front-drive architecture. It will serve as a basis for future models.
The exterior design is based on the concept of “concentrated dynamism”. It features a long hood, a low silhouette and slim window areas.

The surface treatment is characterized by defined edges and the interplay between lines and surfaces, inspired by wind, waves as well as aviation engineering. ( … )

The side view is structured by three prominent lines: the front structural edge above the front wing forms a dropping line, while the prominent shoulder muscle above the rear axle underlines the car’s coupé-like character. A further line extends upwards from the rear wheel arch in a sweeping curve. ( … )

Inside, the dashboard features an aircraft wing-shape and a translucent, stretchable textile lining that leaves the bionic, cellular structure of the component visible. ( … )

Te shape of the air vents in the dashboard is reminiscent of a jet aircraft engine. The displays in the instrument cluster are inspired by the afterburner of a jet engine. 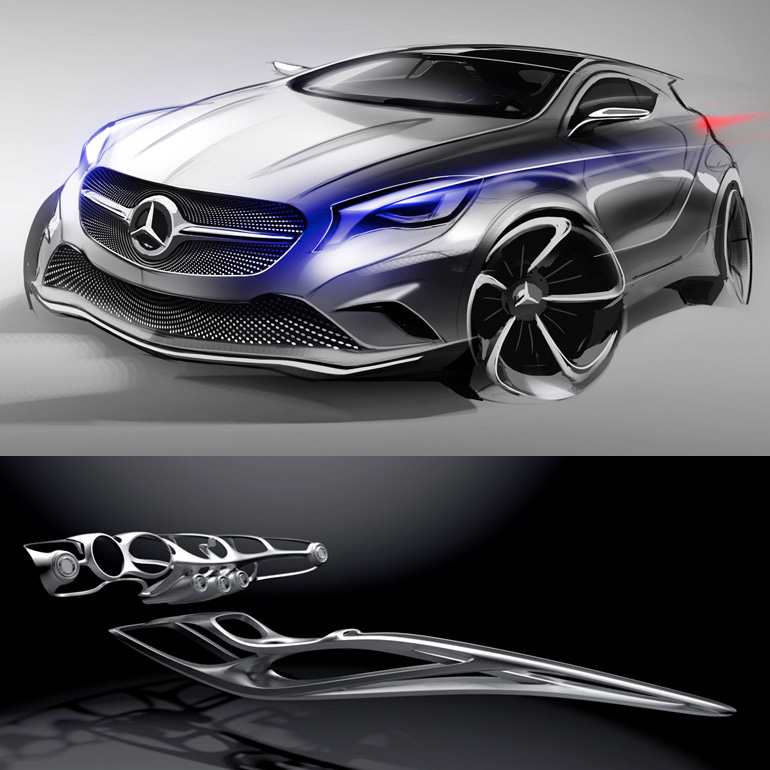 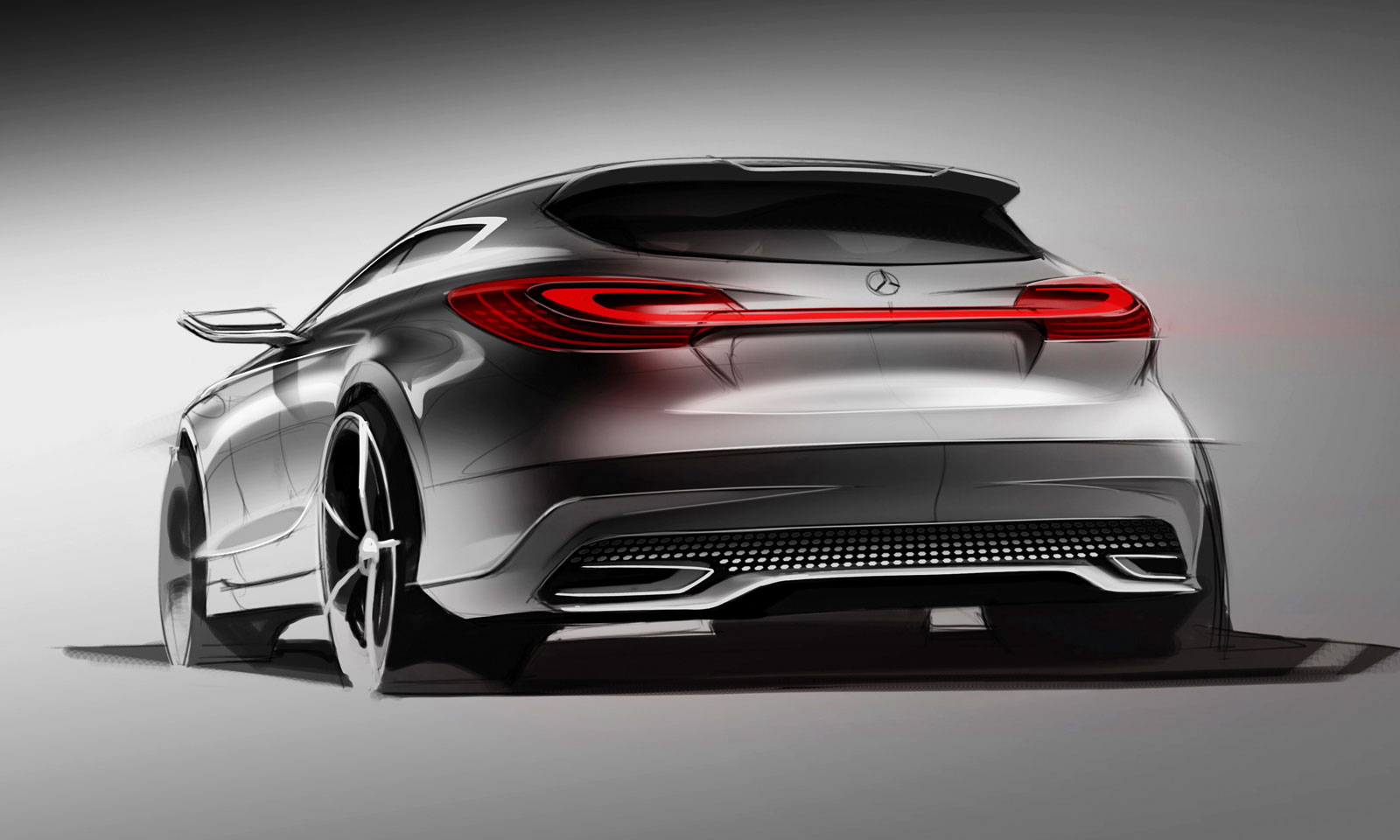 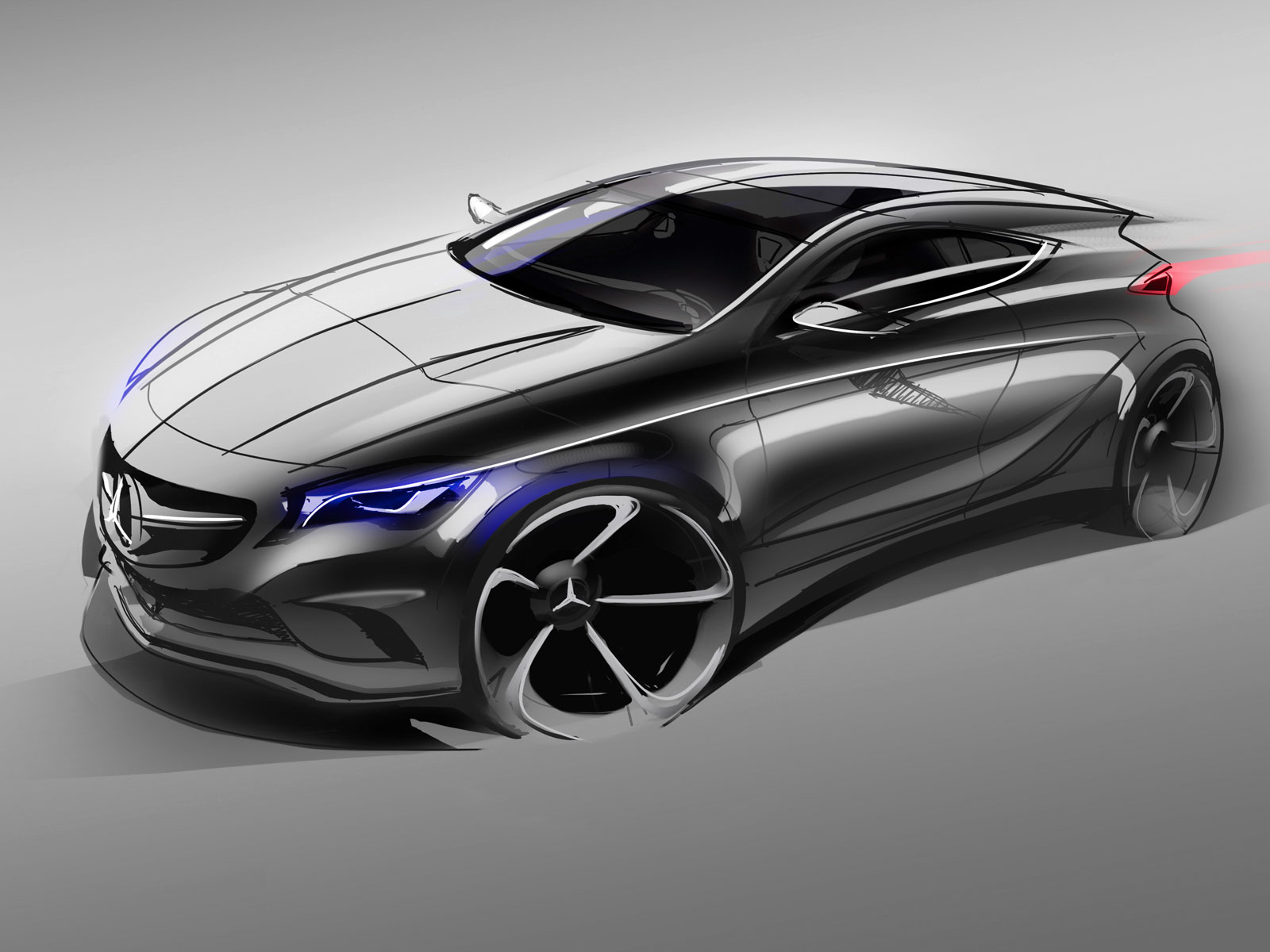 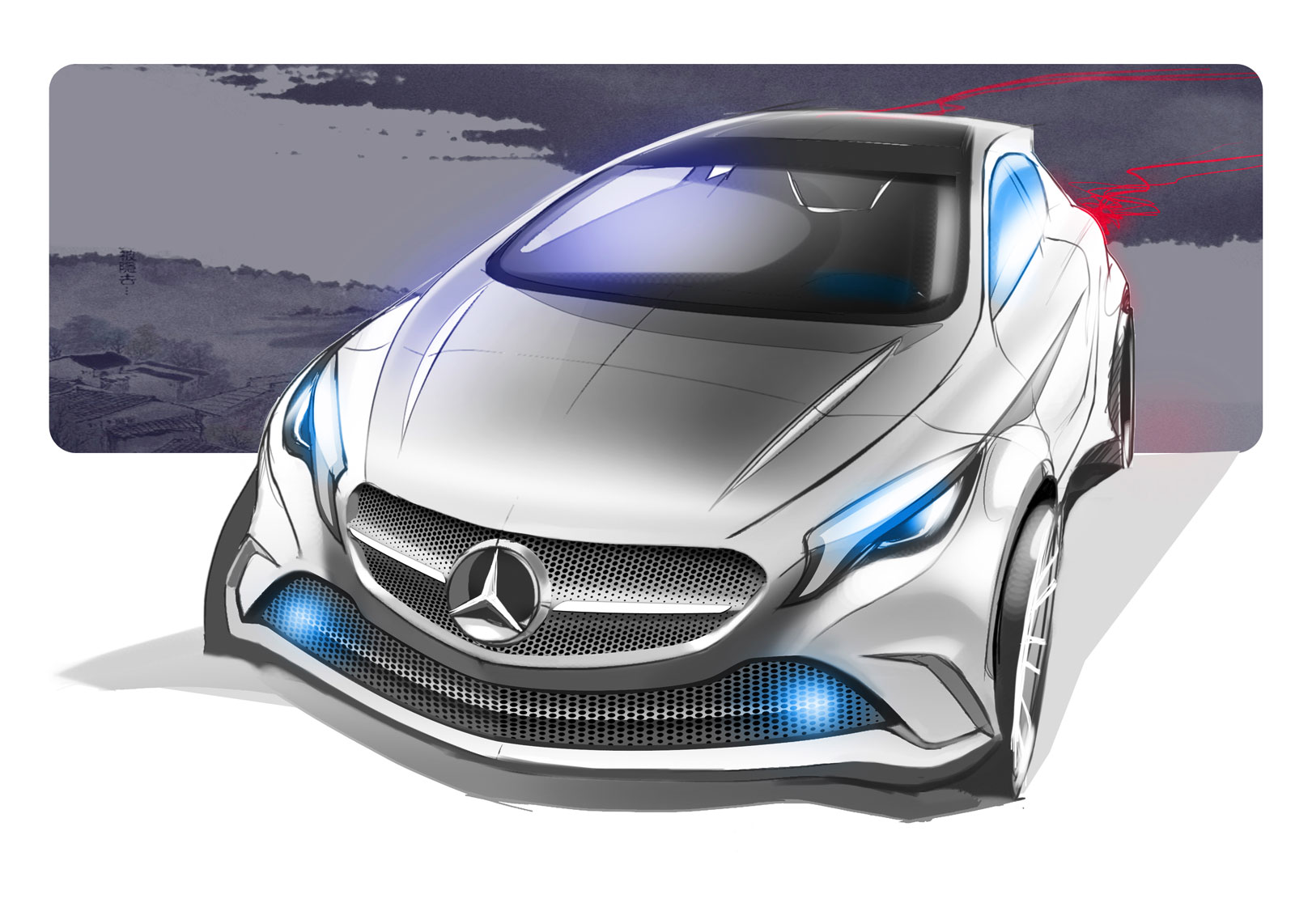 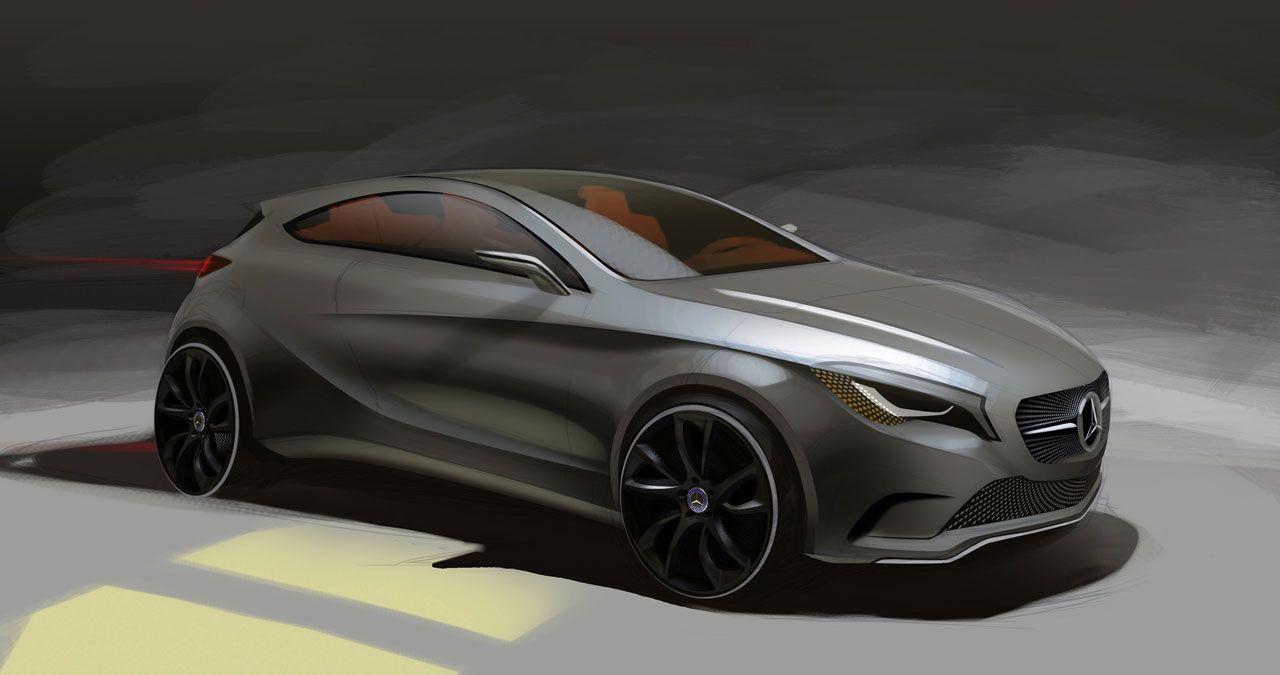 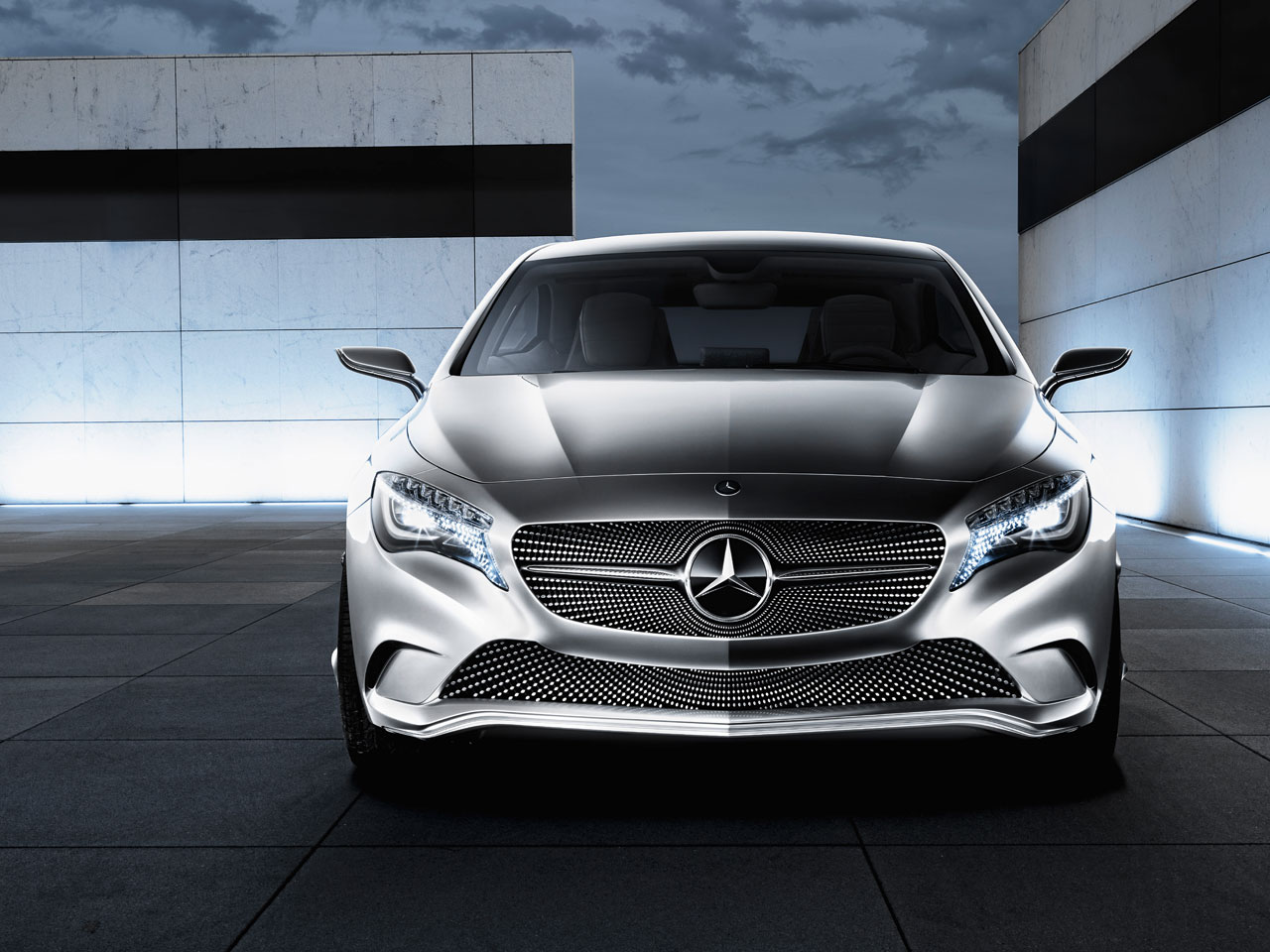 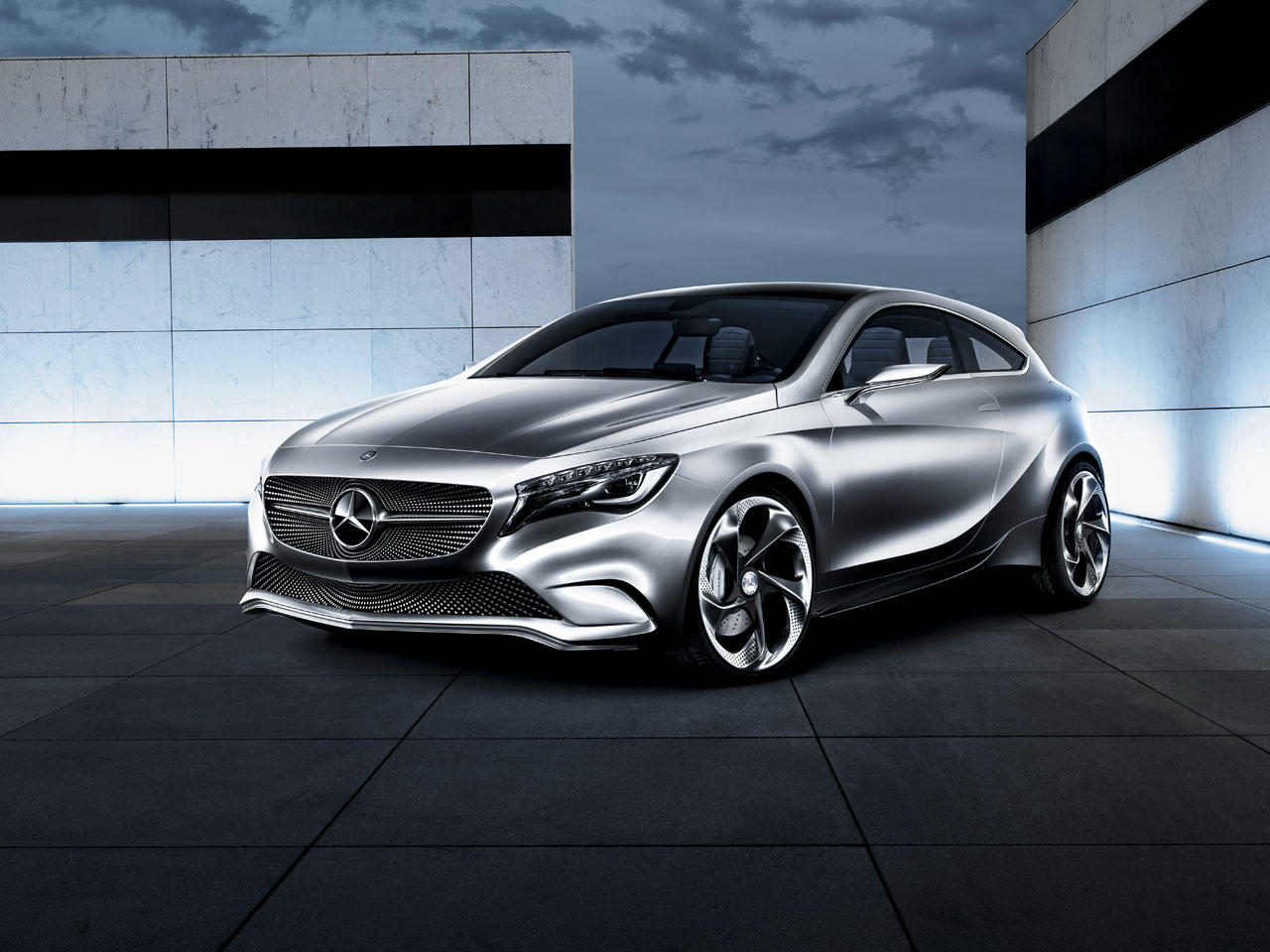 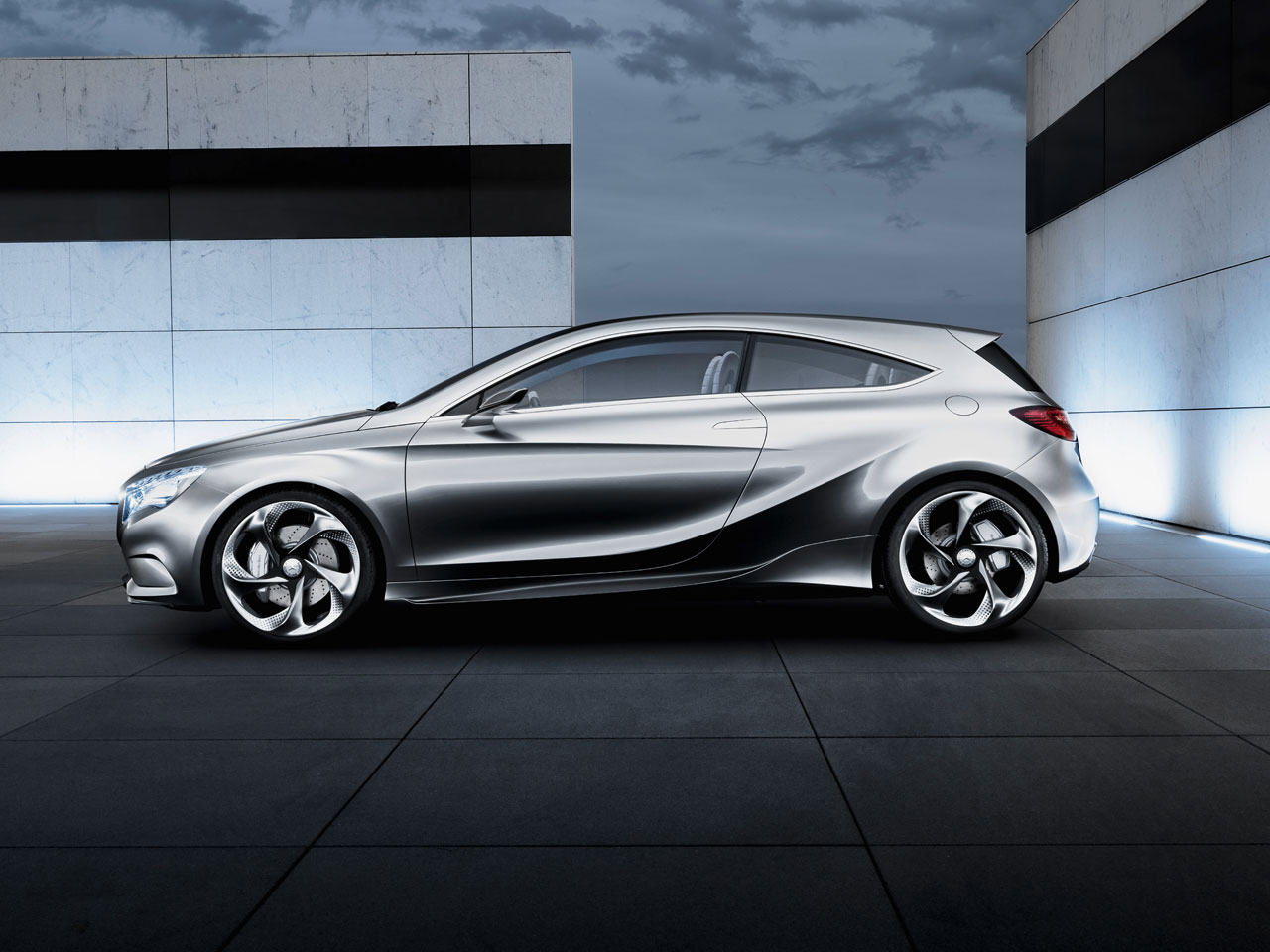 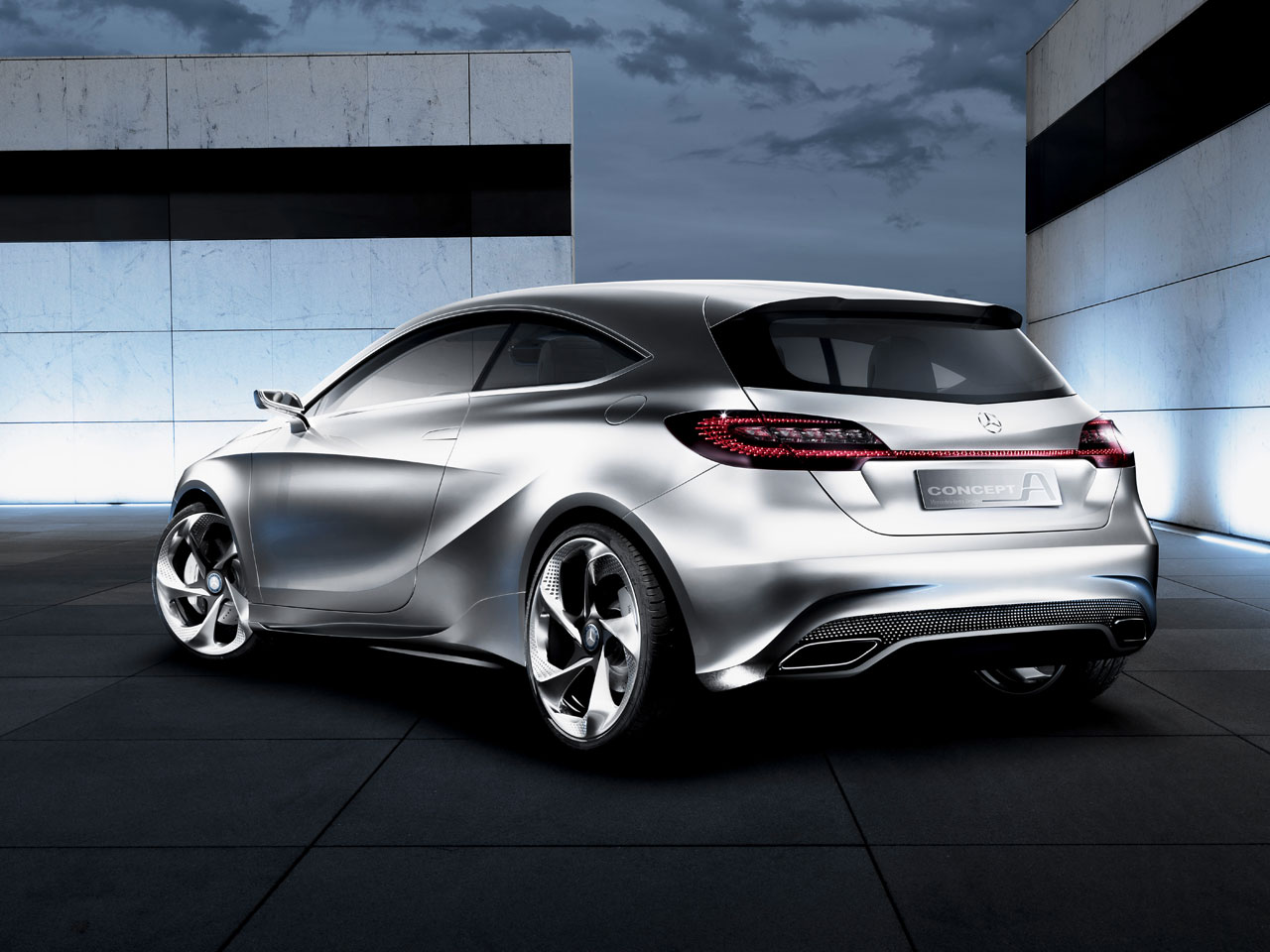 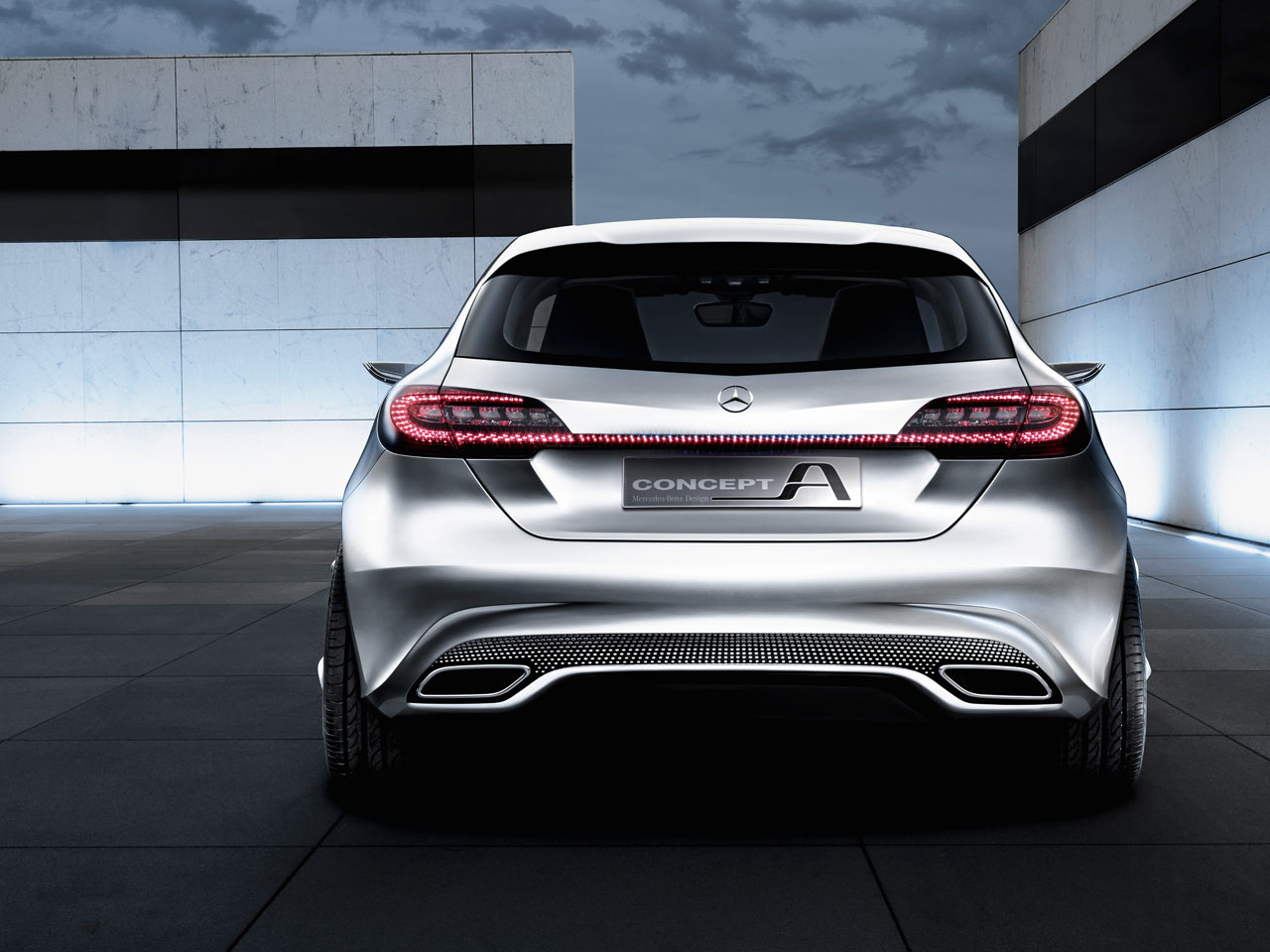 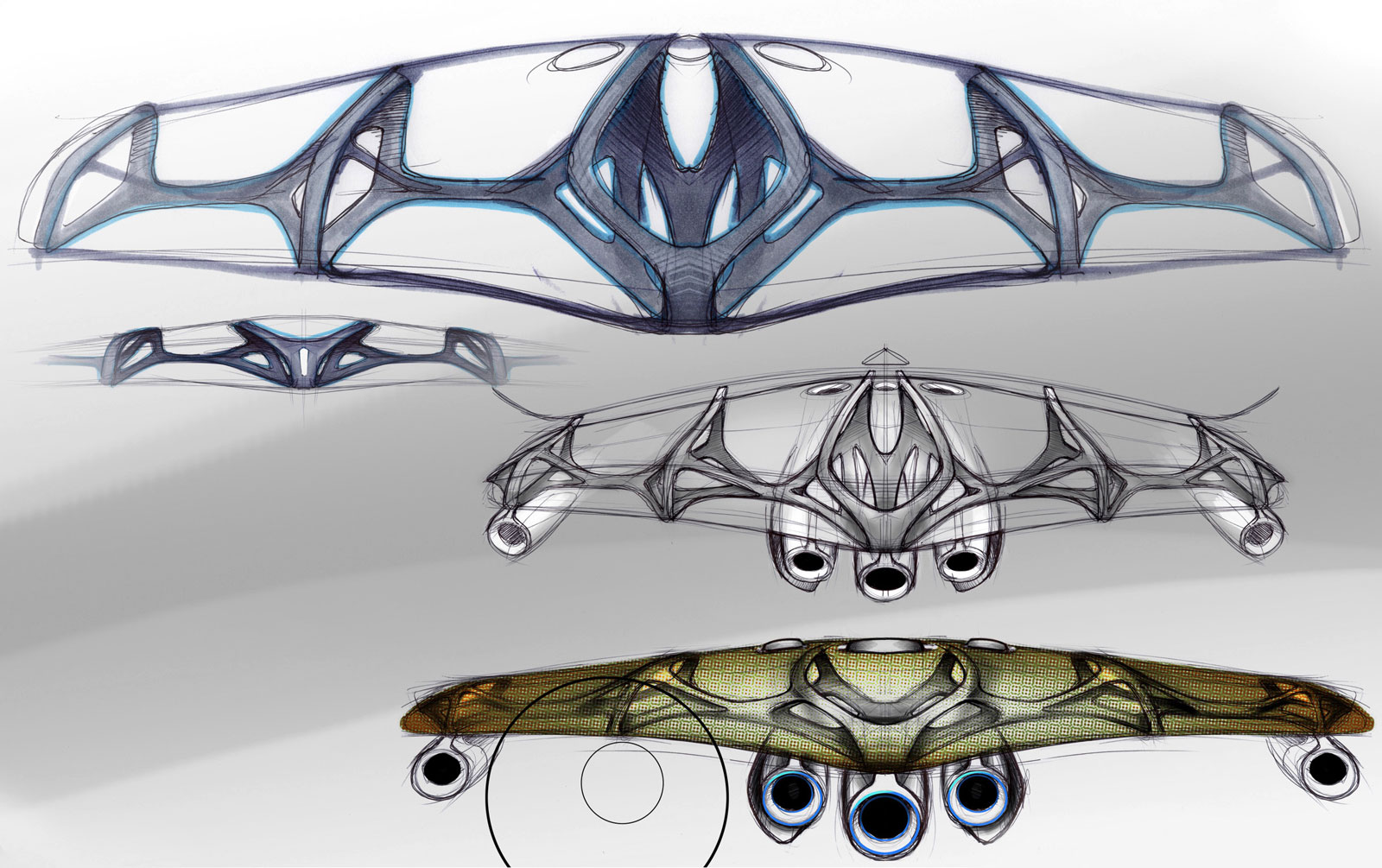 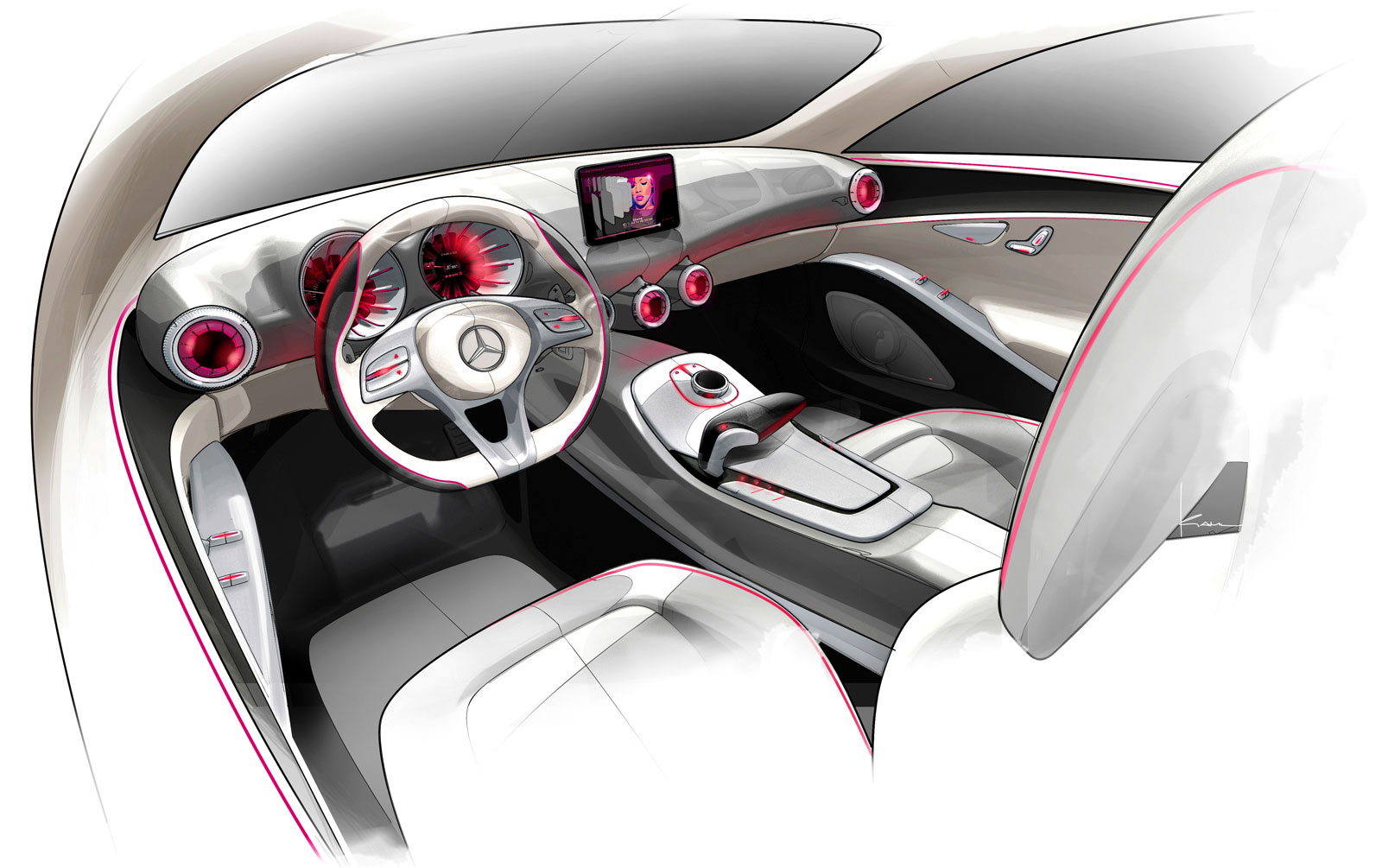 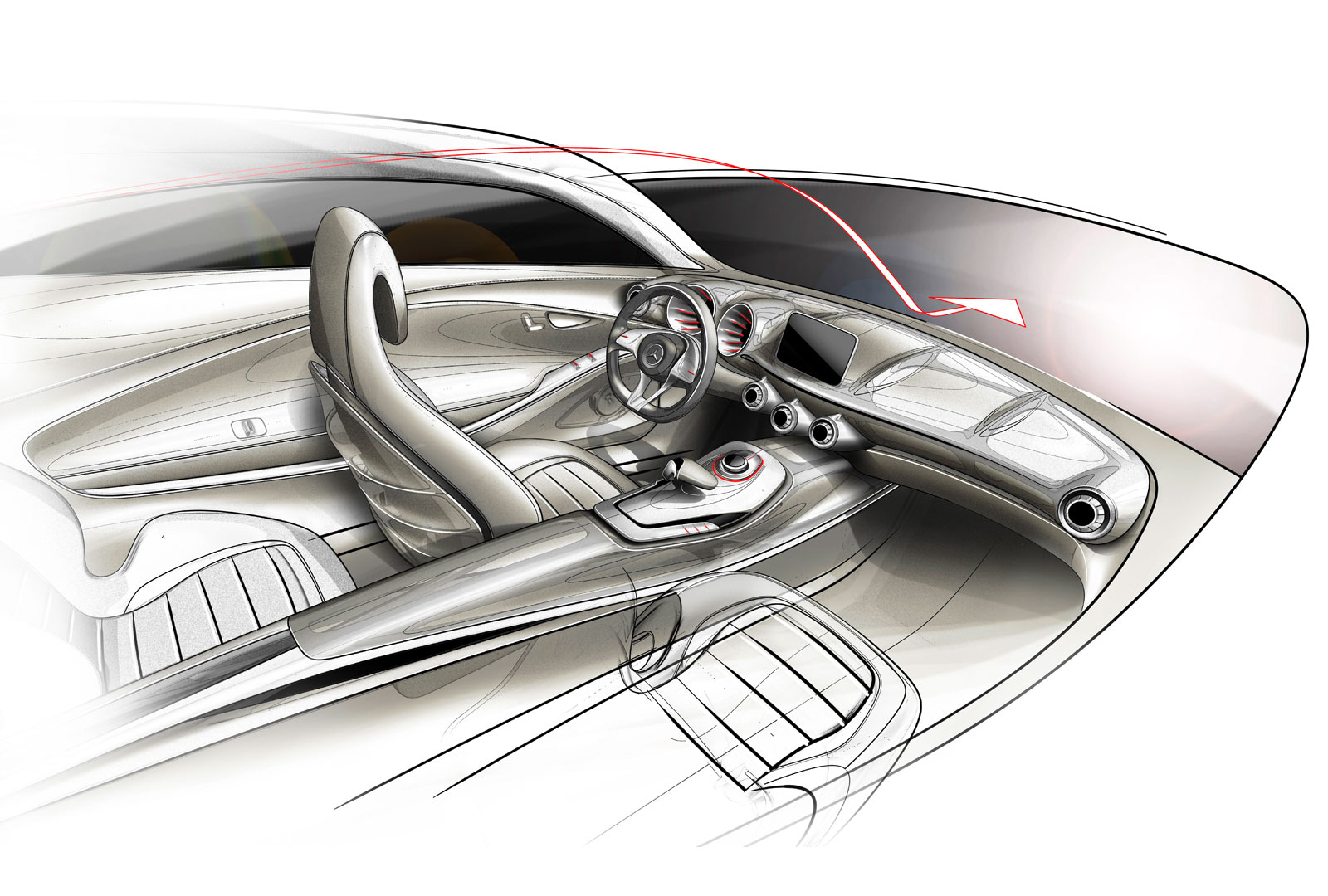 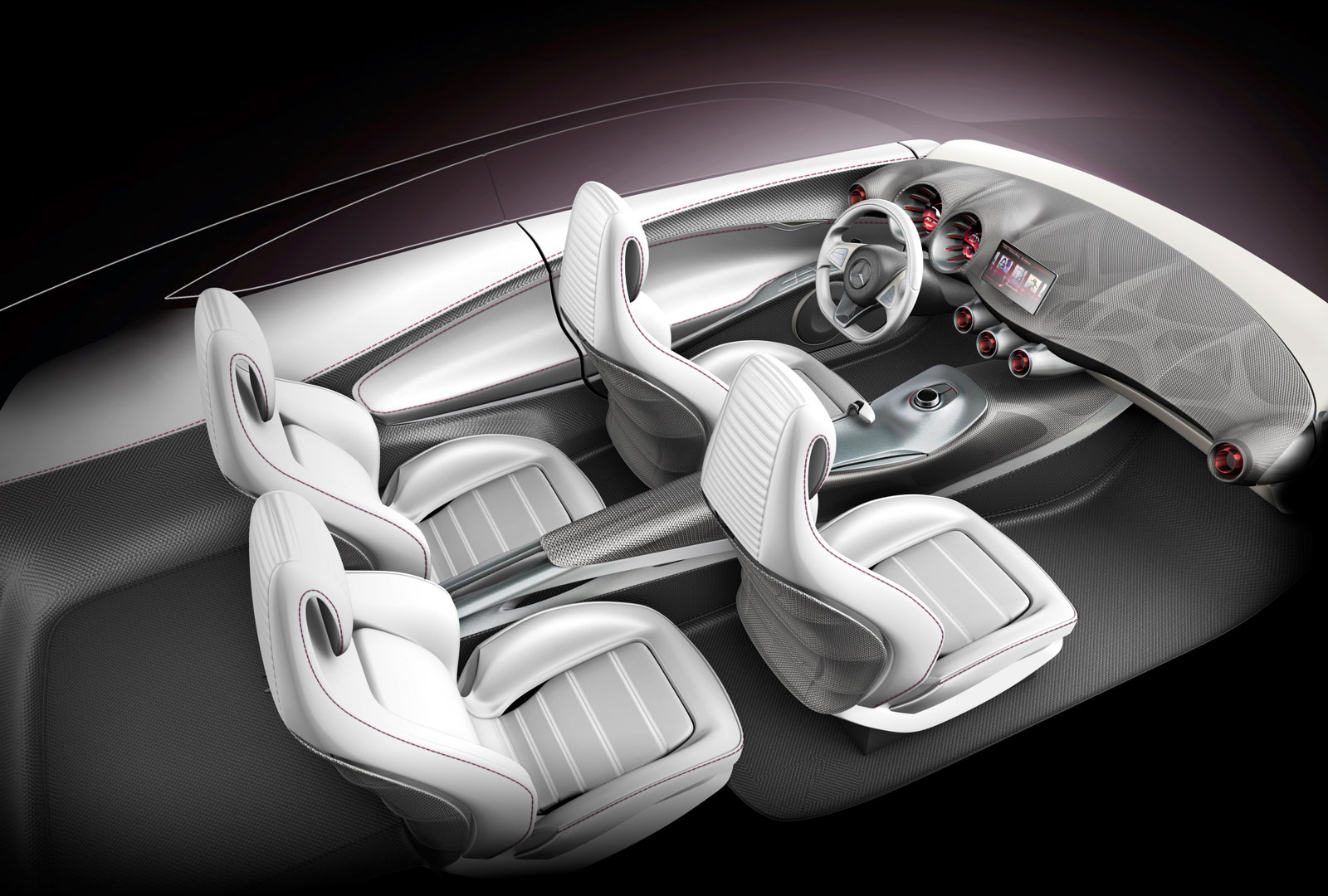 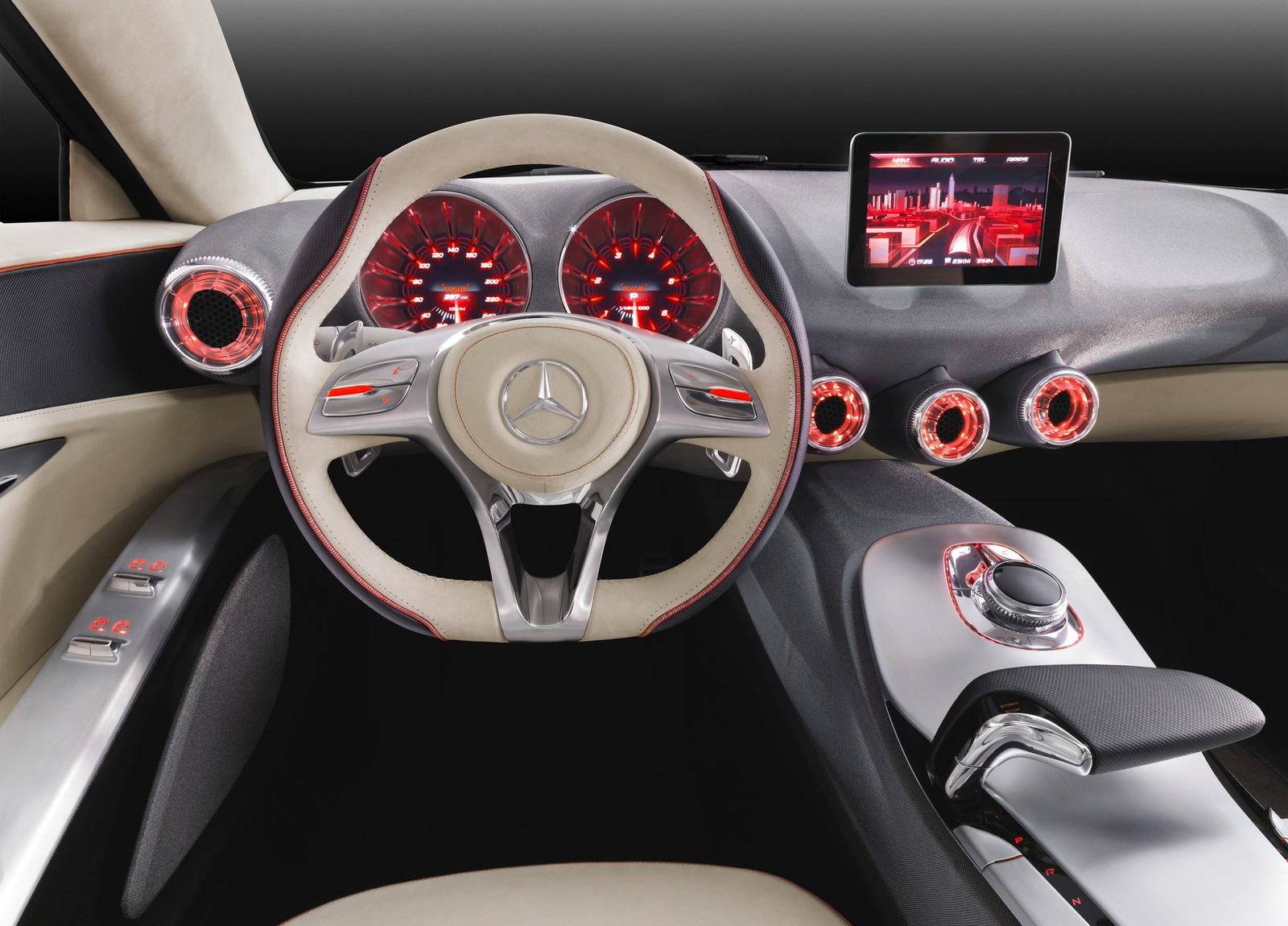 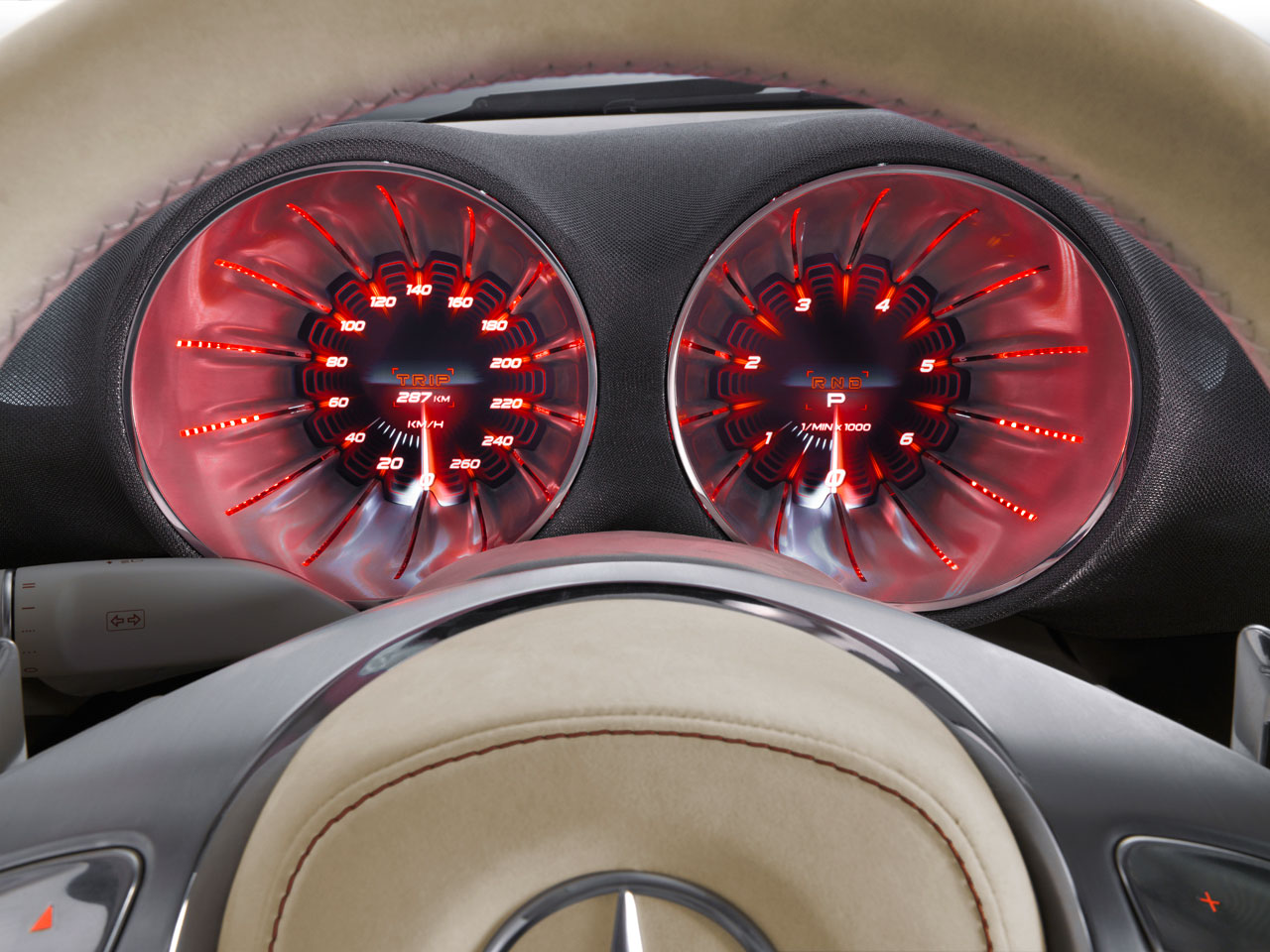 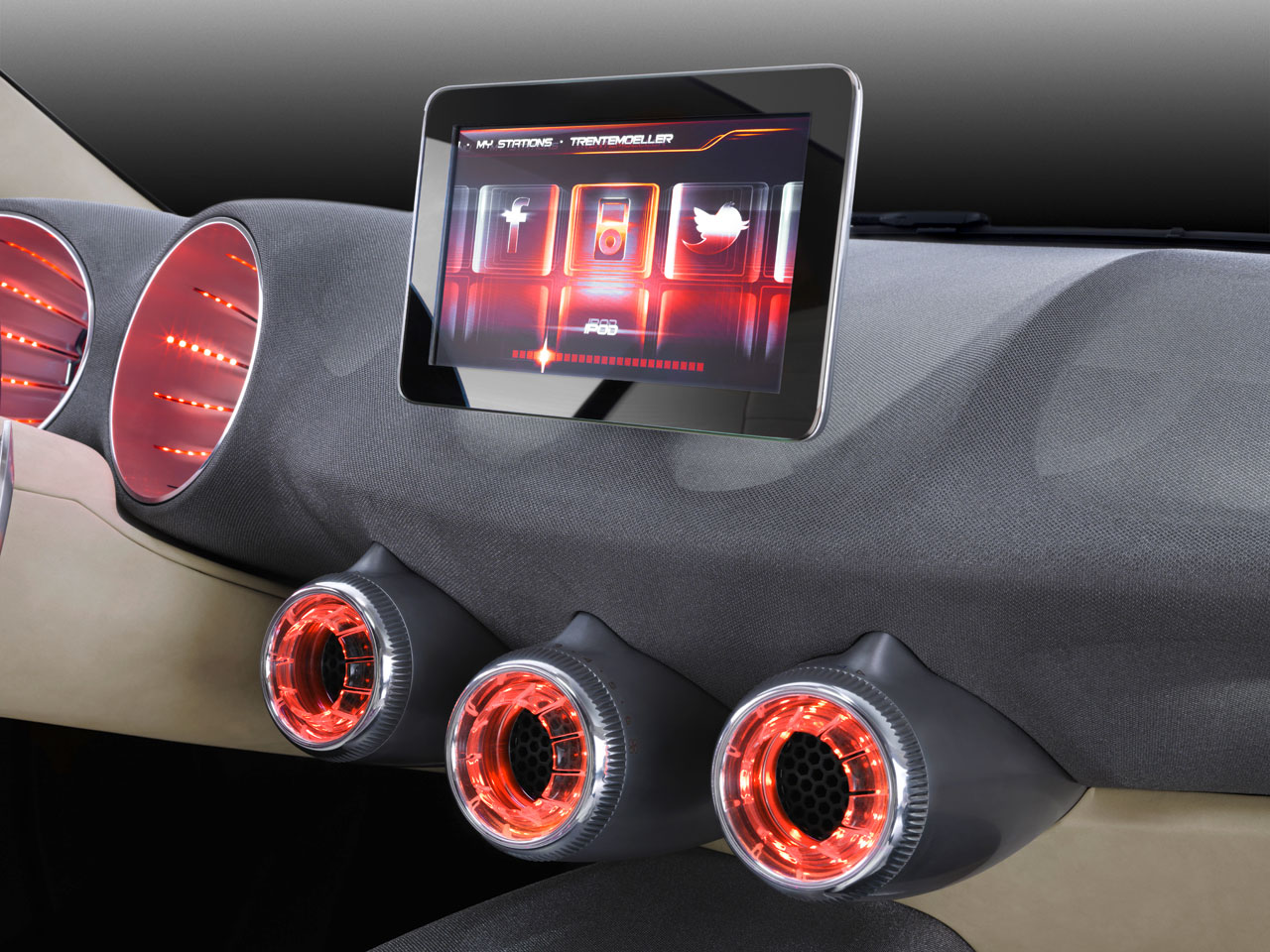 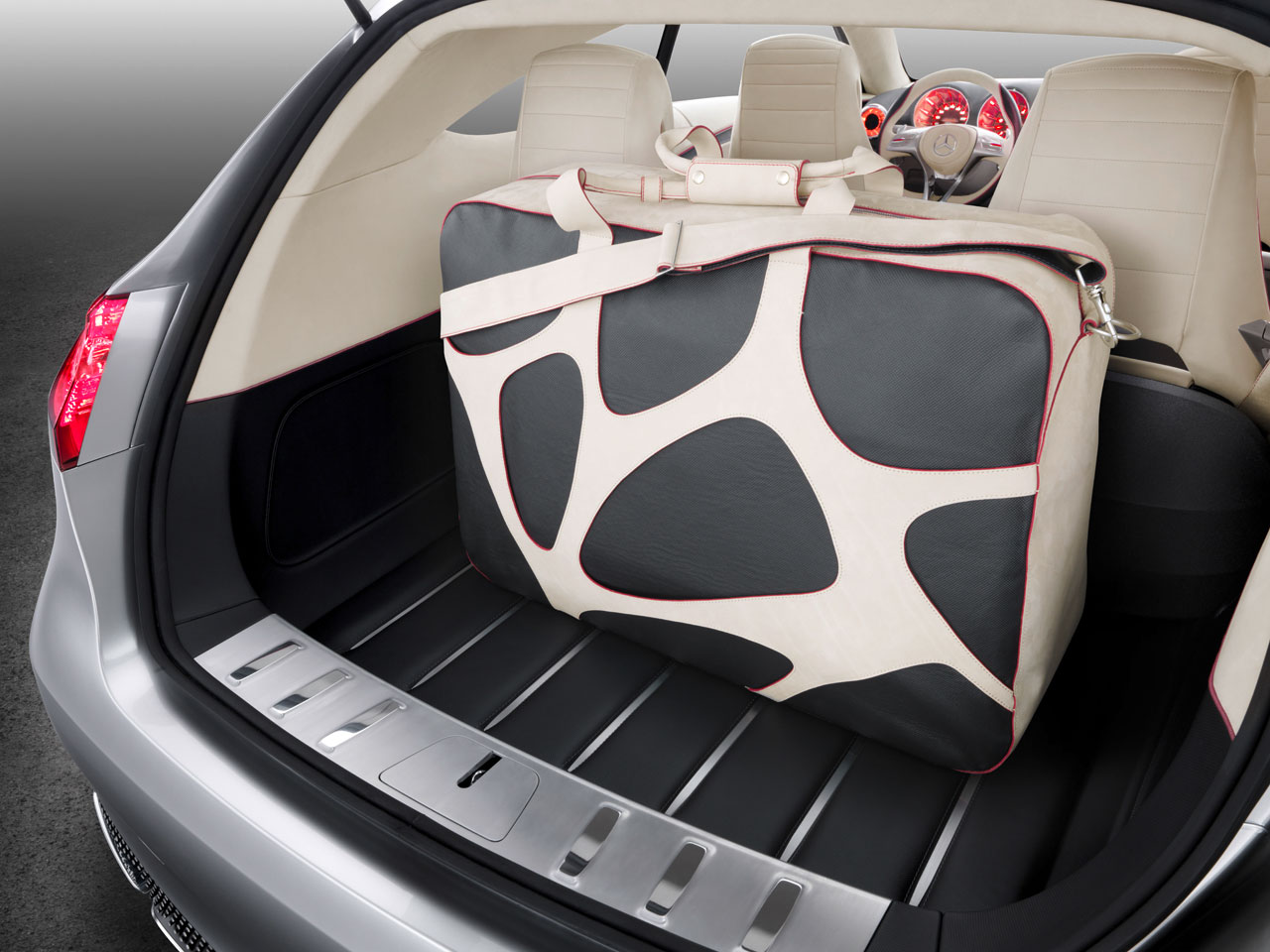 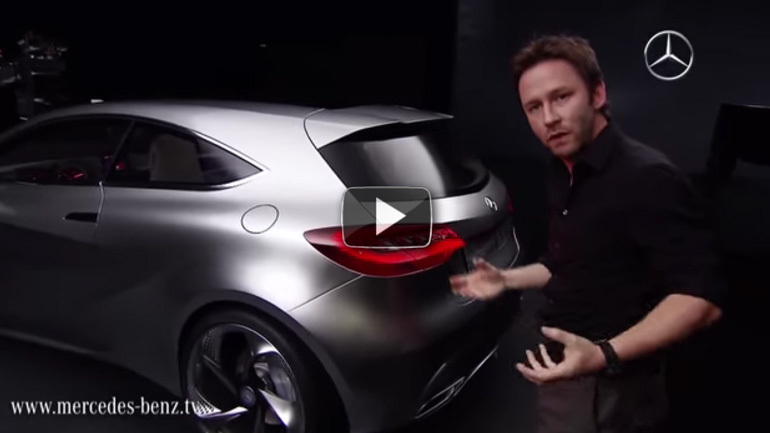 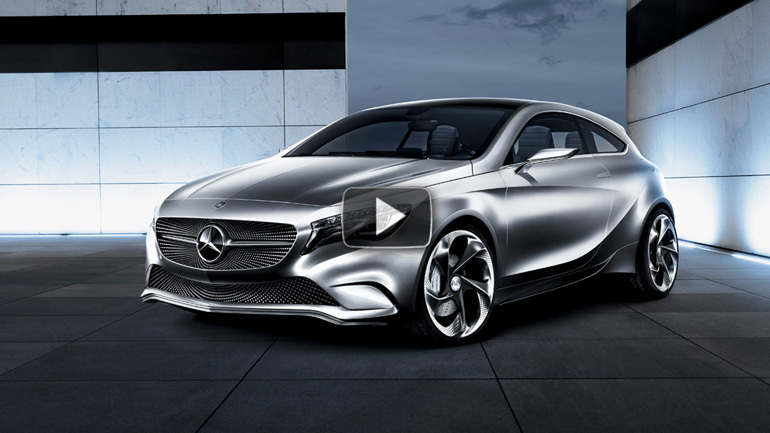