December 6, 2011 By EGGO Comments are Off DESIGN, PHOTOGRAPHY

British photographic artist Carl Warner, whom you might recall as one of our favorite architects of edible landscapes, is a master of food and form, crafting astounding fantasy food landscapes that are part Ansel Adams, part Anthony Bourdaine, part your childhood daydreams dreamt from the counter of your grandmother’s kitchen.
These miniature vignettes are painstakingly hand-crafted with only minimal Photoshop involvement and exude a kind of vibrant whimsy that stands in stark contrast with the mundane, dully ordinary ingredients Warner uses. Food Landscapes collects Warner’s most magnificent work, alongside detailed production notes and ingredient lists for each scene.

“Making landscapes out of food seems like a rather unusual thing to do for a living, and people often ask, ‘What made you start doing this?’ It seems that the burning heart of this question is really the curiosity about what it is that motivates any human being to do something out of the ordinary, and my short answer to this is usually a simple, because I had the idea and I chose to do something about it. ” Carl Warner

via BrainPickings | photos by Carl Warner 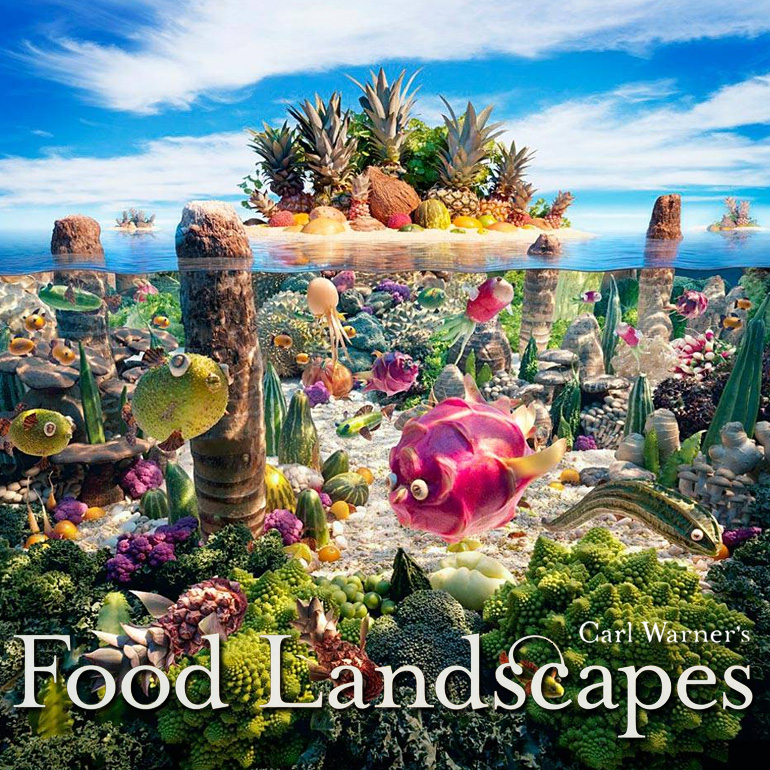 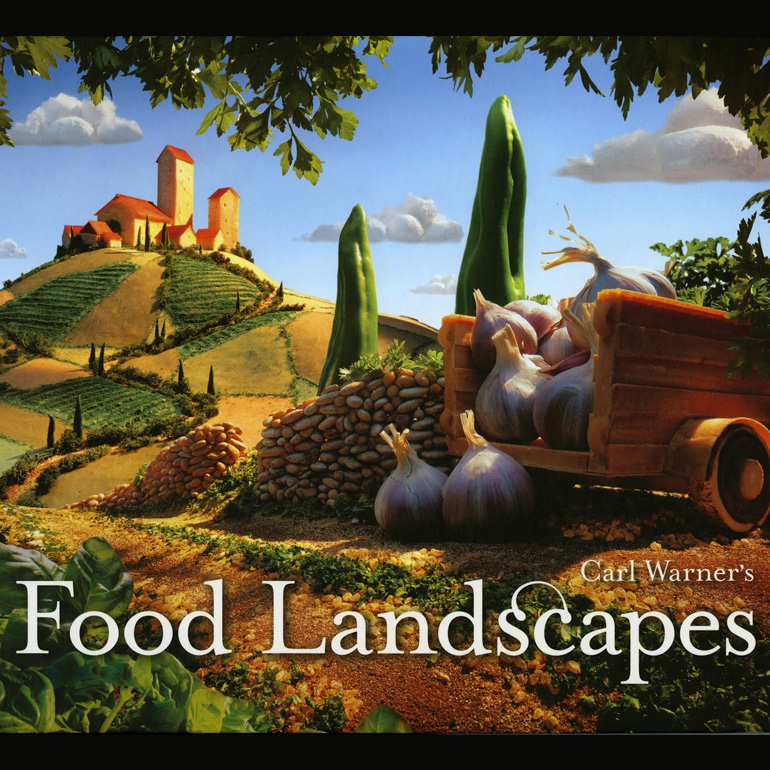 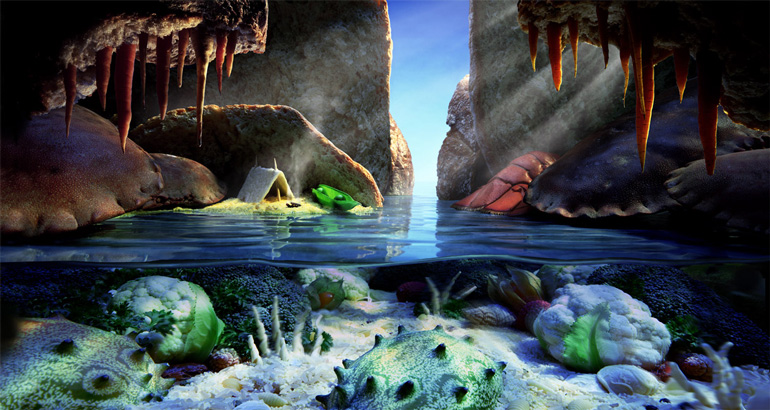 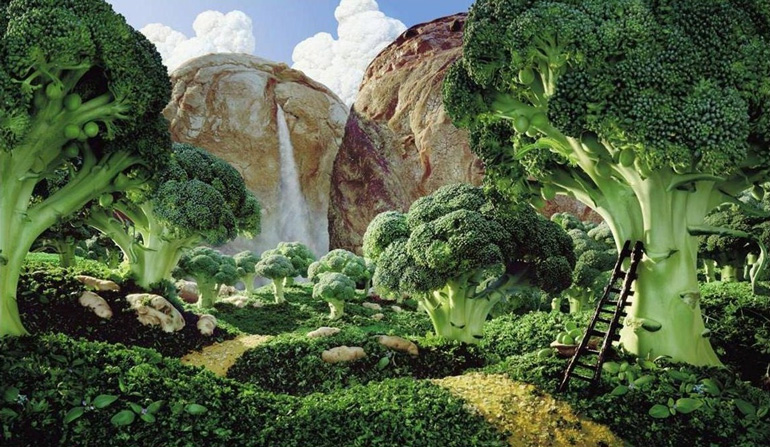 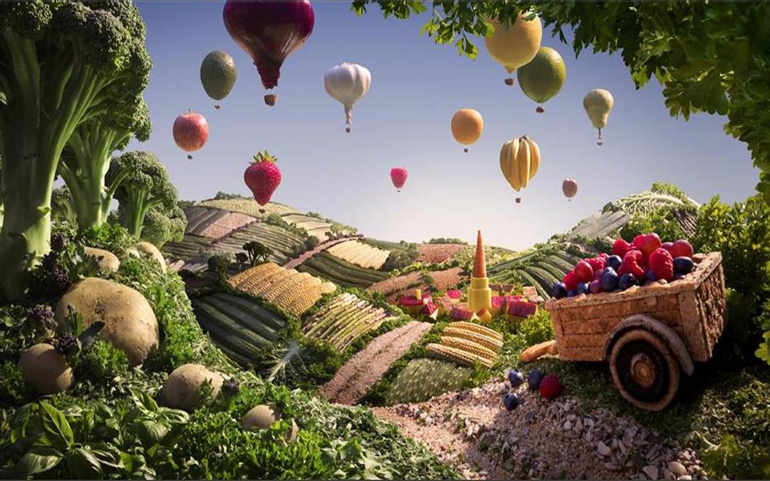 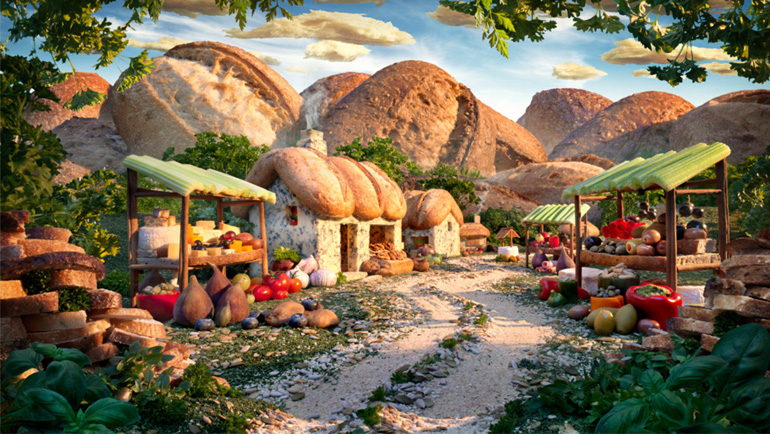 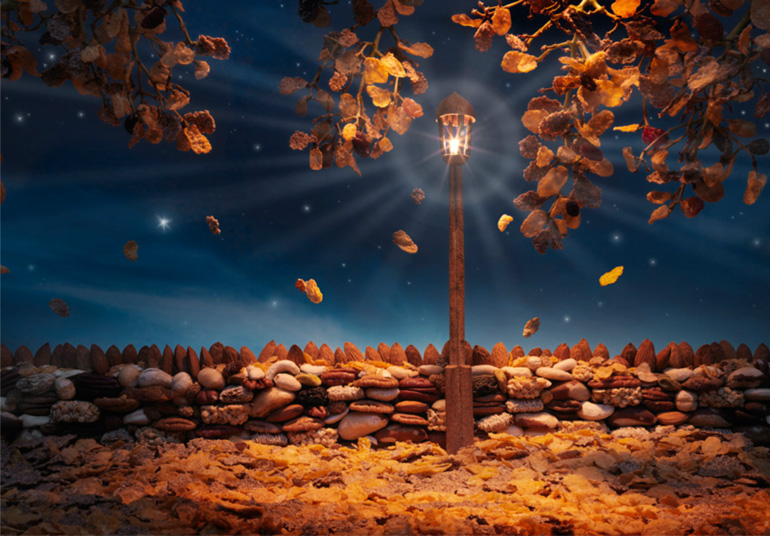 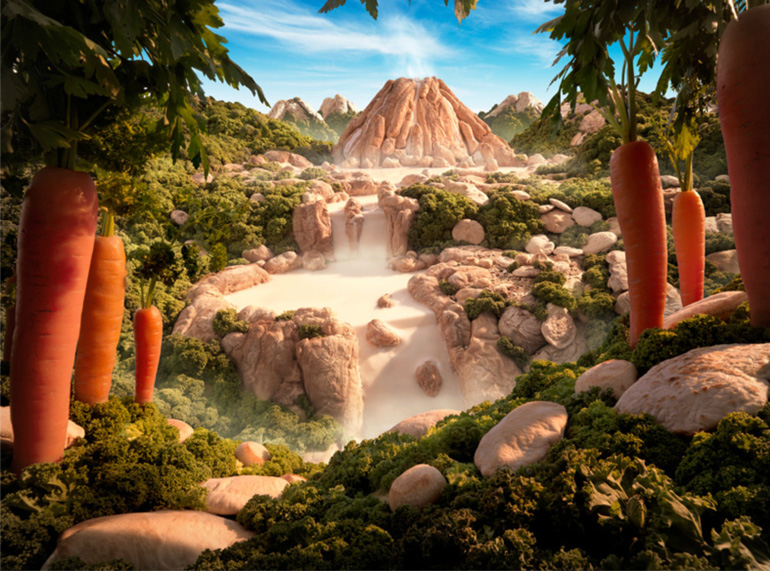