December 8, 2011 By EGGO Comments are Off DESIGN, LIFESTYLE

In a Live young mood for celebration with the evian® courrèges Limited Edition. When a French icon of couture, renown for its unconventional creativity meets the most free-minded brand of natural mineral water to imagine a bottle for the end of the year, this could only be an invitation to free the festive tables from classical conventions.
Both sharing a restless optimism and the belief that youth is more a matter of attitude than a matter of age, courrèges and evian® propose to celebrate the coming new year in a very original and colorful way.Faithfull to this common spirit with its elegant white and blooming fluorescent pink dress of emblematic flowers, the new evian® Limited Edition 2012 bottle will be the best way to declare and share our joyful mood for celebration at all the party tables of the coming festive season. 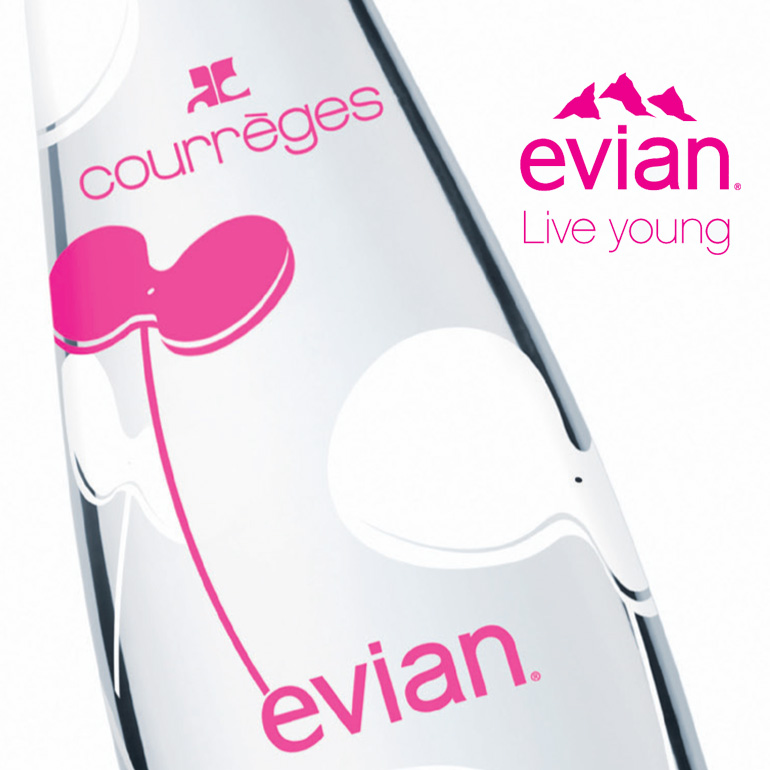 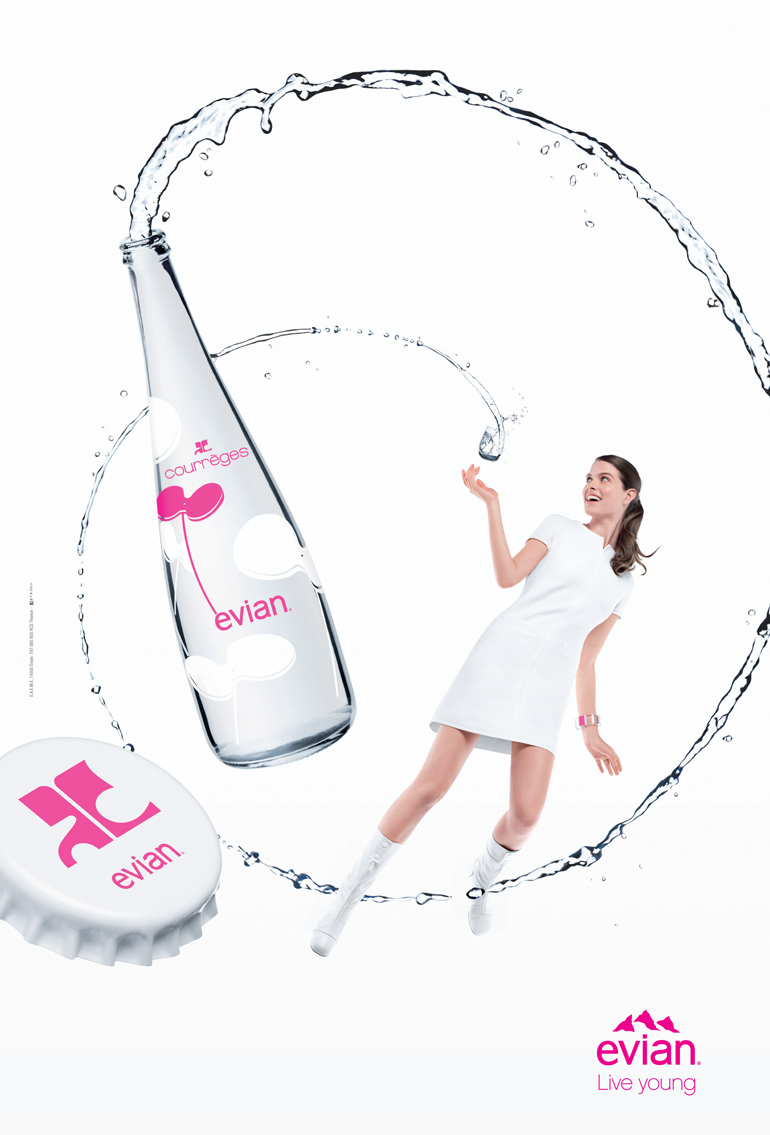 From his very beginnings as a couturier, André Courrèges has been driven by the will to free women from the classical conventions of fashion, by developing new forms, implementing new materials and using white and flashy colors.

Led by a restless and unconventional creativity as well as a strong belief in the future, his aim was that “each woman dressed in Courrèges
should be overwhelmed by a wave of optimism”. A philosophy that still prevails today in the spirit and designs of Courrèges.

In 1967, André Courrèges created his emblematic flower which was used on several collections and
now on the evian® Limited Edition.

1950: He starts working for Cristobal Balenciaga where he meets Coqueline in 1952.

1962 – 1964: Courrèges lays down his own rules: trousers, little white dresses, flat boots.
Mrs Pompidou, Pauline de Rothschild, Romy Schneider and many other ladies from abroad get their
clothes from him. First appearance in Vogue and Harper’s Bazaar.

1965: No more hats, no more heels: Courrèges has refined women’s wardrobe. The white, very
structured forms, specially woven fabrics: his reputation is established. Praised to the skies in the
USA, his universe is “discovered” in France two years later.

July 1965: Imitated all over the world, he stops presenting new collections and launches the
Couture Future concept: offering to women all over the world the same clothing at the same time.
He decides to establish his own factory in Pau and trains his female workers.

1969: First man on the Moon. Courrèges puts a ban on dresses, coats and trousers, and invents
the second skin tights.

1972: Opening of the Pau factory which produces clothes for the 5 Courrèges shops in Paris, 62
in France and 125 all over the world.
He designs the clothes for all the 15,000 people of the staff of the Olympic Games. First oil crisis.
Courrèges starts to expand his licenses.

1995: André Courrèges decides to devote his time to sculpture and painting.
Coqueline takes on the directorship of the couture house.

2008: Exhibition of sculptures by André Courrèges in Parc André Citroën, in Paris.
The book Courrèges is published, written by Erik Orsenna.

2011: Coqueline Courrèges decides to sell the Courrèges group to Jacques Bungert & Fredéric
Torloting to relaunch the brand, in a spirit of transmission of values.

Sharing the epitome of celebration with the evian® Limited Editions

Since 1992 and the Olympic Games Limited Edition, evian® has settled a unique rendez-vous with the
brand consumers worldwide, offering them unique original creations for end of year celebrations.
From bold and innovative designs to international fashion designer collaborations, each Limited Edition
keeps the same spirit: reinventing a rare and festive moment, that is to say an optimistic vision of
celebration and most of all the idea that “Youth is not a matter of age, it is a mindset”.

bottle imagined by the French creator wears a snowflakes patterned dress, as a poetic vision of evian®’s

imagined by the most iconic of British designers.

2011: evian® by Issey Miyake, a pure and fresh design magnifying evian® water as source of life and fun,
in a poetic way. 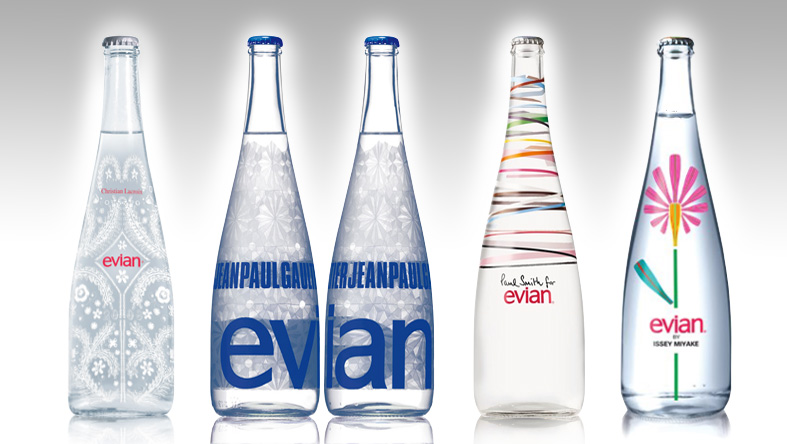