So, what do you know about Ducati? Well, most people, when thinking about Ducati have in mind a very sexy, crimson, two wheeled machine that chases lightnings on the road and catches them on the track – that’s completely fair I might say.
But there is more than just that. Ducati didn’t always produce fast motorcycles. At first ,the company, founded by three Italian brothers, produced different radio components. Other products developed in time ranged from electrical razors (talking about fast shaving), racing bicycles in collaborations with renowned bicycle manufacturer Bianchi and even a Leica-like foto camera called Ducati Sogno.

The motorcycle business began in 1944 when Aldo Farinelli developed a small engine for mounting on bicycles, and from then on, we all know how thinks took off. Ducati became renowned for creating very fast and competitive motorcycles. Since 1954 the company is present in many international competitions and has always been among the winners. From 2003 when it rejoined the MotoGP World Championship Ducati is the fastest bike on the track.

And if that isn’t enough, In 2011 Ducati teamed up with the muscle-car creators from Mercedes AMG, in order to share some more style and speed over the passion. Their first creation is not a car or motorcycle, but a racing boat.

Deigned in a simple linear style, emphasizing that Italian passion for accurate artistic expression, with no unnecessary articulations and combined with the hunger for speed and German technological precision, this boat is set to keep the thrills going as long as they are needed. The 2011 Cicgarette 42x Ducat Edition is equipped with two 1100hp Mercury Racing engines, developing more than 120 miles.

Now that Is something any speed addict, motorcycle or car enthusiastic or boat racing fan might want to own. 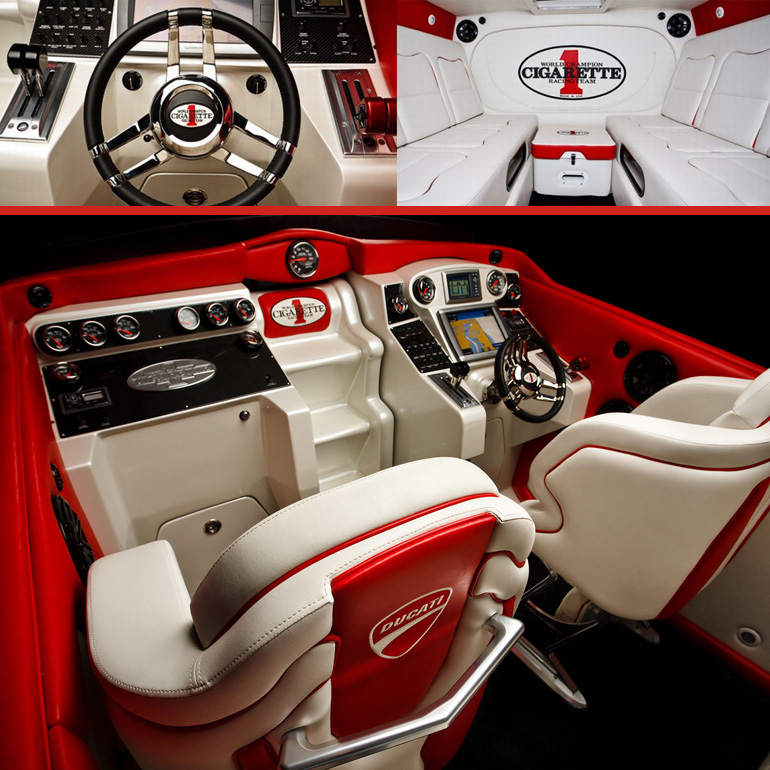 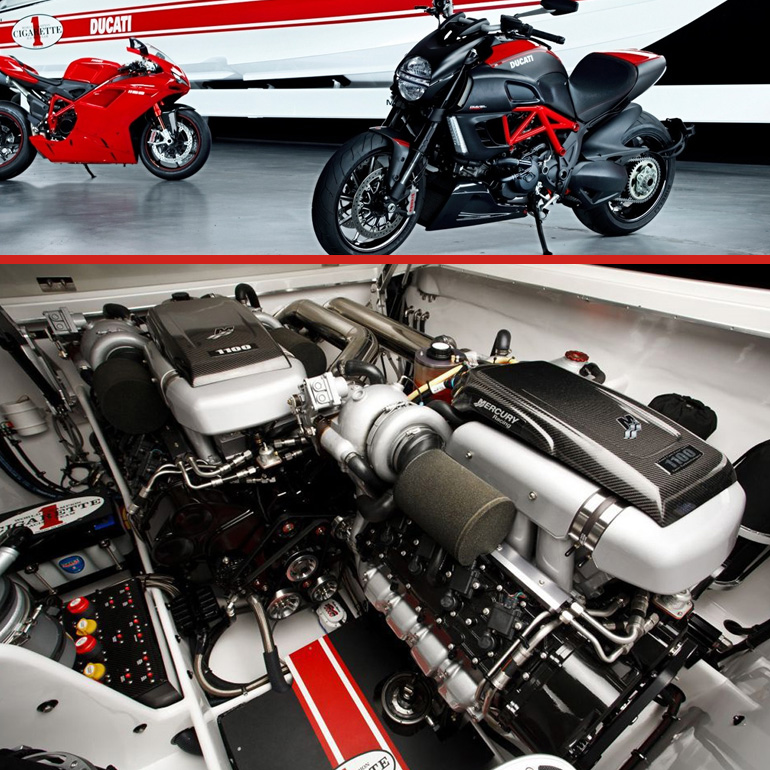 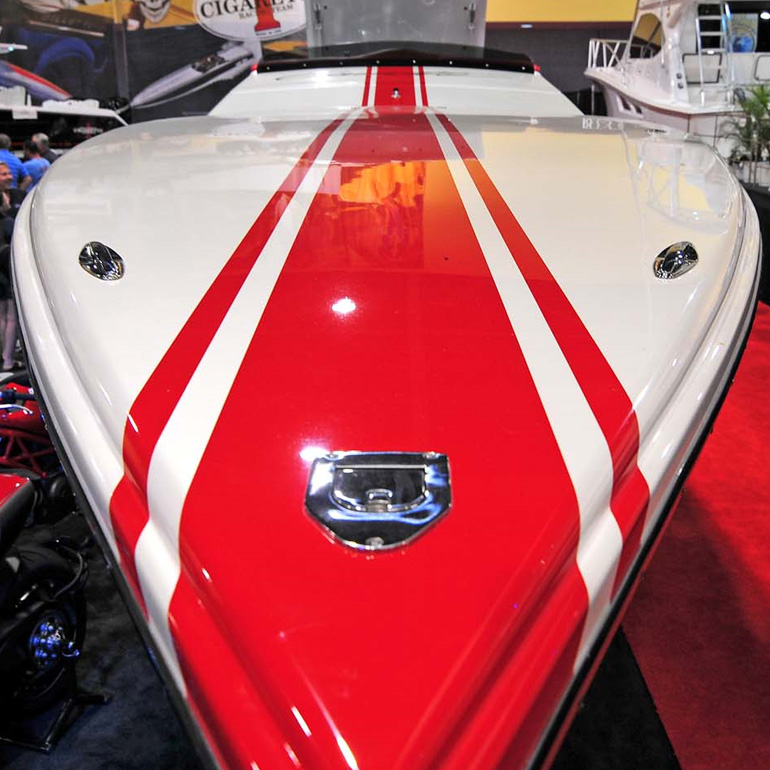