January 9, 2011 By EGGO Comments are Off ARCHITECTURE

“And the winners are…”

The “Dawntown Miami” competition was lounched in august of 2010 with the aim of bringing architectural design ideas for a new Seaport Terminal off the Coast of Miami on Watson Island.

Watson Island has an important history of usage. In 1932 it was considered for A World’s Fair and Pan-American Exposition, since 1949 it is the home Miami Oatboard Club and Marina. A public boat slip and a helipad are proposed there.

For 2014 it is scheduled for completion a tunel wich will connect Watson Island with Dodge Island, one of the largest cruise ship and cargo ports in the world.

– Francisco Garcia Iglesias, Director of Planning for the City of Miami

You can see the original story HERE.
Written by Eusebiu Golumbeanu

And here are the winners of the contest: 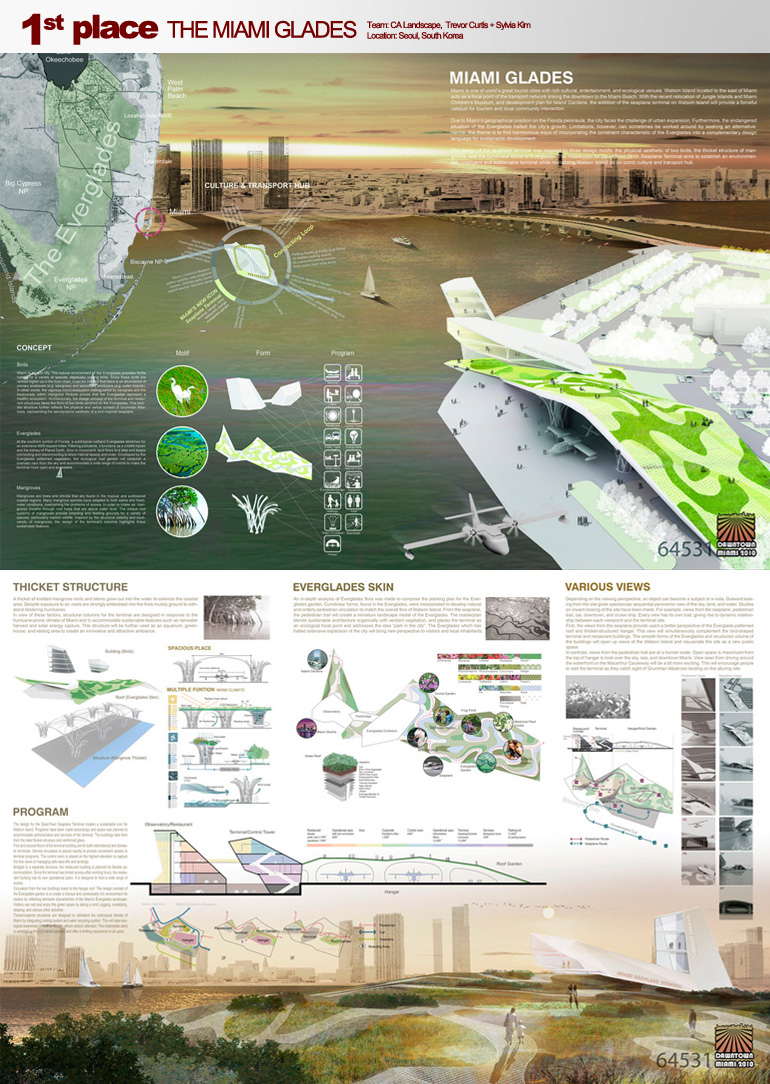 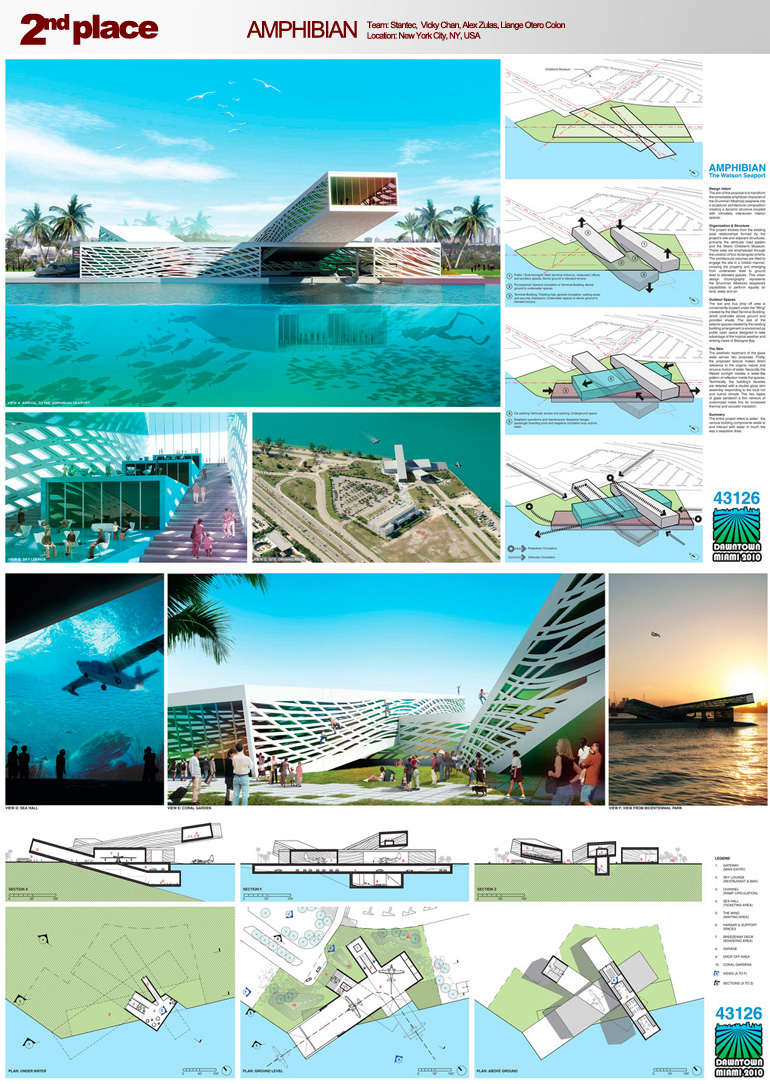 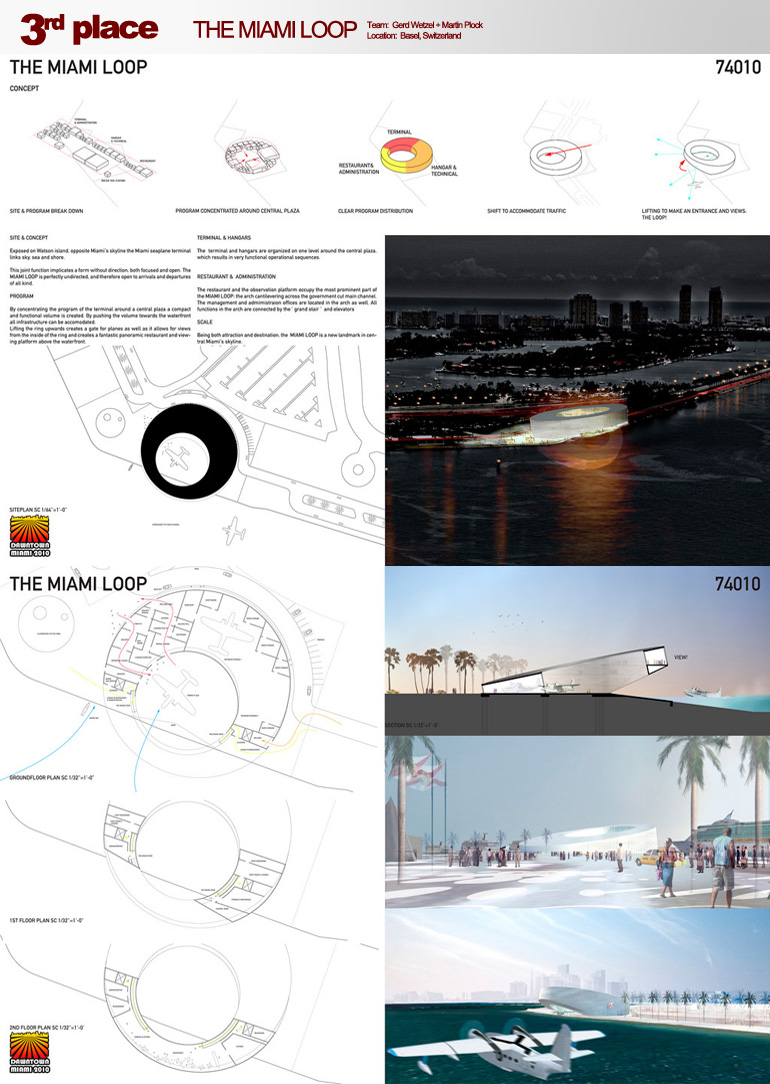