“Daniel Simon is the designer the car industry couldn’t constrain. Formerly at VW, with work at Bugatti also under his belt, the guy’s imagination was simply too vast to be stuck doing door handles or dashboards.

Galactically vast, you could say, if you’ve ever checked out the brilliant work on his Cosmic Motors website, which posits an automotive future full of radical visual remixes of Porsche 917s, Can-Am McLarens and more. With girls.”

When Hollywood came calling, Simon put his stunning visual imagination to work on the vehicles in Tron: Legacy (…) before being hired to design the villain’s vehicles in Captain America. Simon has just re-rendered one of those – the almost psychedelically cool Schmidt Hydra V16 Coupe – in a beautiful HD quality short film, which you can watch here. 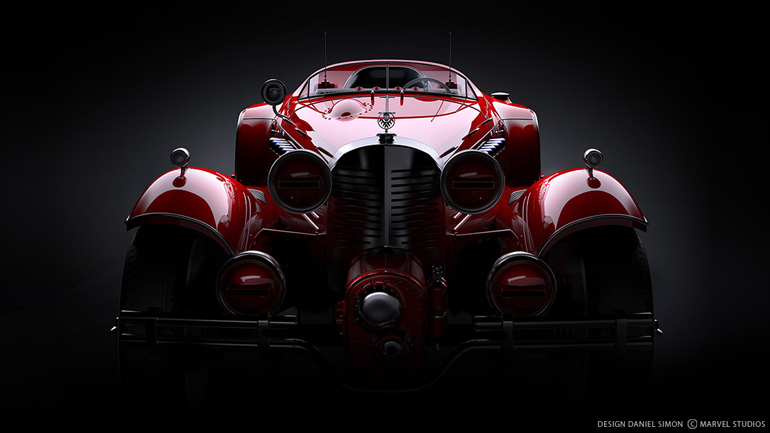 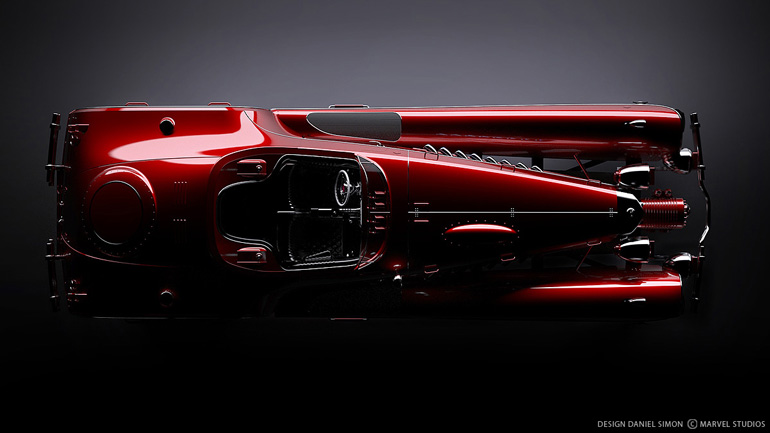 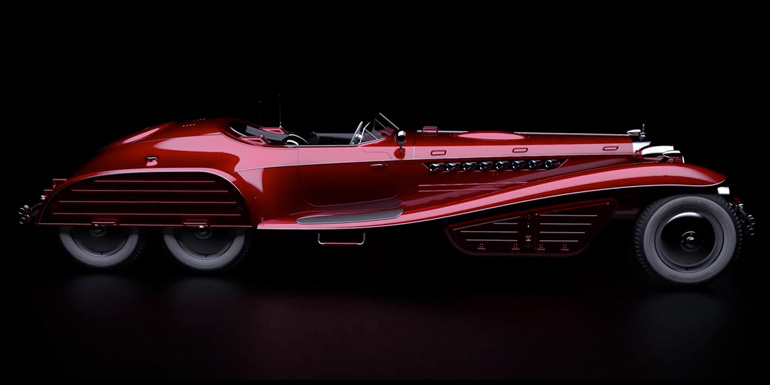 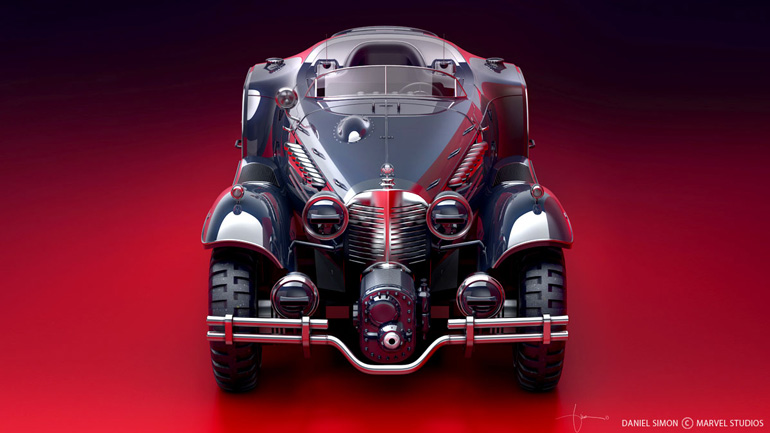 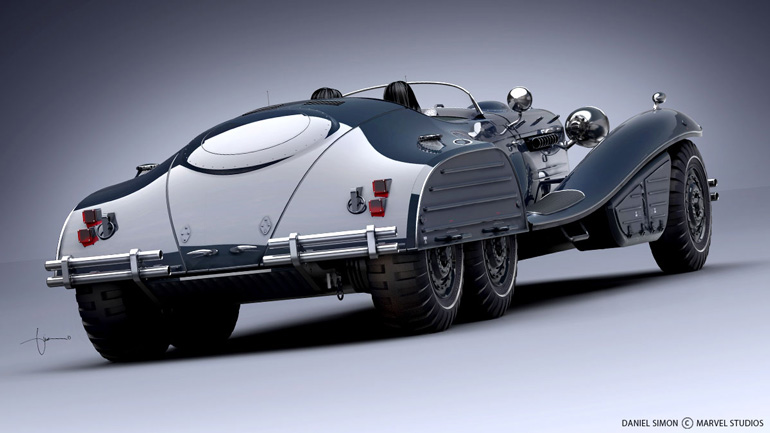